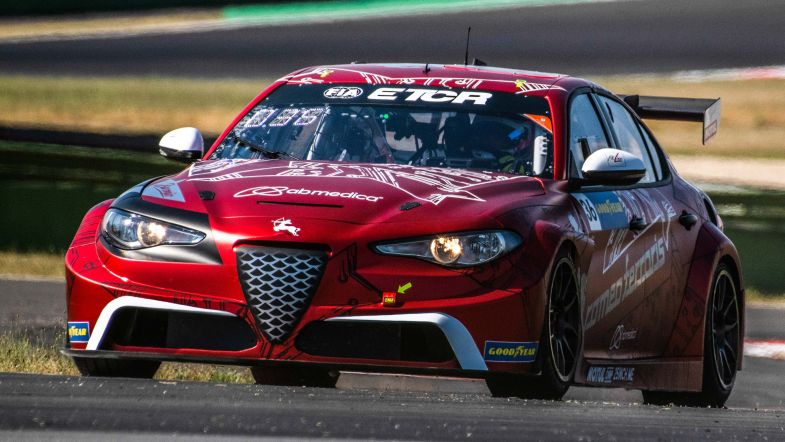 The Belgian driver set a fastest lap time of 1:19.692 in the first session which was enough to remain ahead of the rest of the Pool Furious field.

Tom Blomqvist dominated the Q2 session with his Cupra e-Racer, but the Briton’s efforts weren’t enough to claim the pole position, with the Cupra EKS driver 0.053 seconds behind Martin.

Cupra EKS’ Mattias Ekström had a big off-track moment during the Q2 session, ruining his first run: “I went on full power and had a little wiggle and thought it would work, but it didn’t.”

The Swede still managed to finish in third place thanks to his Q1 lap time, ahead of Hyundai Motorsport N’s Nicky Catsburg and Jean-Karl Vernay. Giovanni Venturini was sixth and last for Romeo Ferraris, seven-tenths behind his team-mate.

“I had quite a few mistakes and went wide at T4, so I couldn’t improve my time from Q1, but still was good enough,” Martin said after the session. “Still, it was a good result for the team and it’s good to start the weekend on the right foot.”

The FIA ETCR returns to the track at 16:15 CEST for the Pool Fast quarter finals.