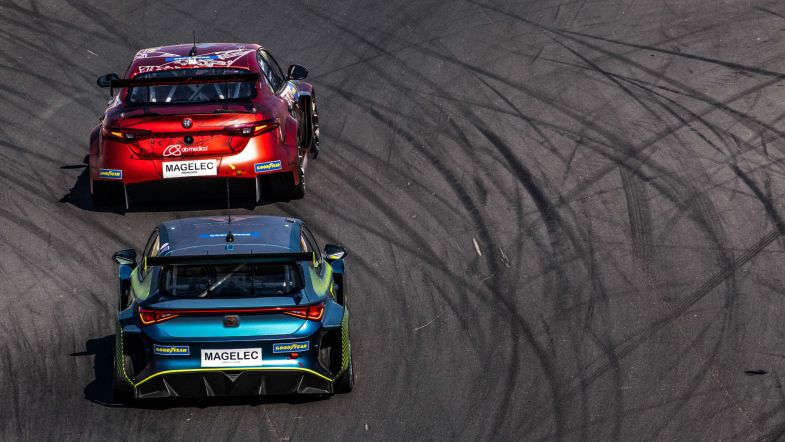 In the first semi final Martin led the way from Mattias Ekström (Cupra) and Nicky Catsburg (Hyundai), but the Dutchman jumped up to second at Cimini on the first lap.

The scrap allowed the Giulia driver pull up a gap over the other two, as Ekström sought to get back ahead of the Veloster driver.

It was not until the last corner of the last lap that a serious attack was attempted, as Ekström tried to squeeze his Cupra past Catsburg’s Veloster, but the move didn’t work and Martin won the heat ahead of Catsburg and Ekström.

At the start of the second heat Blomqvist led from Jean-Karl Vernay, with the Frenchman briefly making contact with Giovanni Venturini on his way to second.

The order remained unchanged throughout the race, with Blomqvist winning ahead of Vernay and Venturini.

Next up is the Pool Fast Super Final, starting at 15:50 CEST.