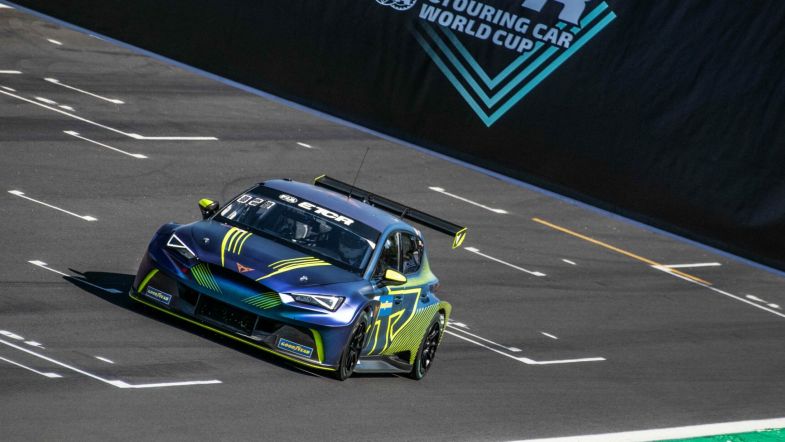 In semi-final 1 Azcona took the lead ahead of a rather aggressive Spengler, as Michelisz also tried to overtake the Giulia on the outside of Cimini.

The Hungarian’s strategy was to save most of his power up to use it in the middle stage of the race, whereas Spengler was almost out of extra power by the time the third lap started.

Michelisz tried a move into turn 5, but the German defended and managed to keep second as Azcona extended his lead. On the following lap the Hungarian went straight at turn 5, which allowed Spengler some breathing space, the Romeo Ferraris driver coming home second behind Azcona.

On the last lap Michelisz appeared to slow down dramatically, the Hungarian still finishing third.

In semi-final 2 Adrien Tambay led the way off the line as Luca Filippi tried to keep at bay an eager Jordi Gené.

The Spaniard used most of his power up in the early stages of the race, which left him unable to keep up with the two drivers in front. Despite the two having a similar pace, Filippi was never able to really challenge semi final winner Tambay.

The Pool Furious semi finals will start at 12:45 CEST.