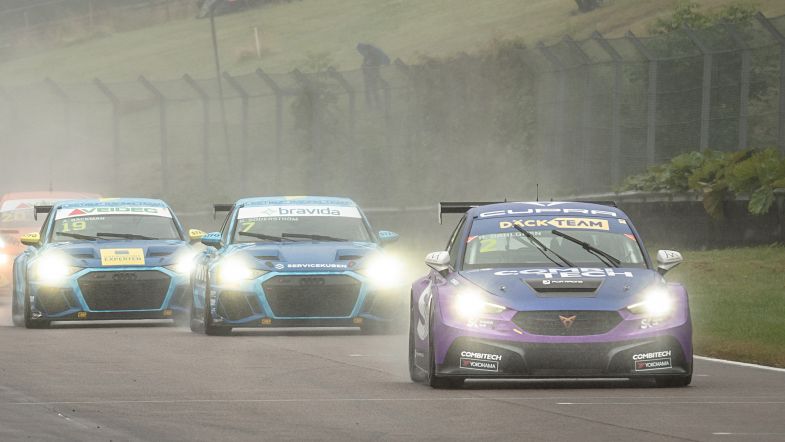 Robert Dahlgren won all three STCC TCR Scandinavia races at Knutstorp, a feat only completed once before in the history of the championship by double champion Johan Kristoffersson.

“The weekend has been magic. I keep repeating magic all the time, but that’s the feeling after winning three races,” said Dahlgren.

The Cupra driver bounced back after a mixed weekend at his Skellefteå home race to become the first STCC driver to score more than 50 career victories with a total of 51 after the third Knutstorp race.

“I was able to claim my 50th STCC win in the second race. It’s an awesome car and an awesome team that has enabled this,” said Dahlgren.

“From win 35 to now has gone really quickly and it’s thanks to PWR Racing providing me with an amazing car and an amazing team to work with.”

The Audi driver claimed a podium finish in the first race, dropping down to finish fifth and sixth in the remaining two races.

”The first race was really good, but the weekend leaves me with a bittersweet feeling. The fact that this is my home race adds a lot of pressure and I wanted more from the races,” said Söderström.

“I made some mistakes and had some of the toughest races of my career with a lot of wheel-to-wheel action. We are still in a strong position in the championship and we need to keep fighting hard to seriously challenge for the title fight in the final half of the season.”