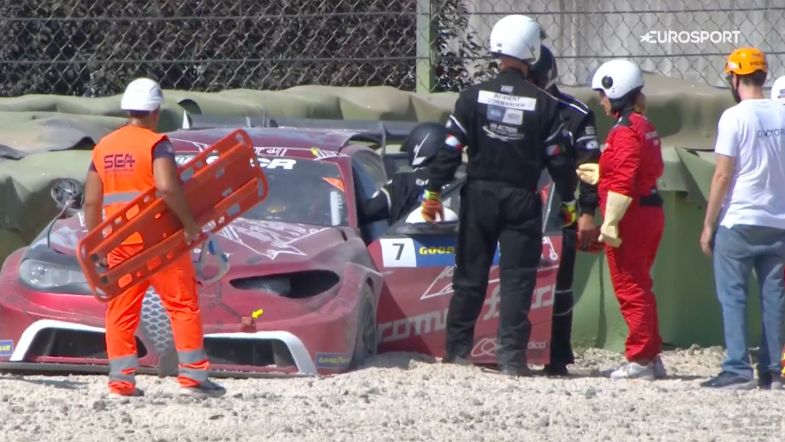 Bruno Spengler has been diagnosed with a spinal fracture following his high-speed crash in the FIA ETCR Pool Fast final at Vallelunga.

The Romeos Ferraris driver went off at Turn 2, with his Giulia ETCR briefly catching air before hitting the tyre barriers hard.

Spengler was taken to the circuit medical centre and later to a local hospital.

Romeo Ferraris decided to withdraw from the ETCR Pool Furious final as it was not able to determine the cause of Spengler’s crash.

“Following my crash on Sunday in Vallelunga, I was diagnosed by the medical team of Paideia Clinic in Rome with a spinal fracture. My focus will now be directed towards a speedy recovery to be back in the car ASAP and for the rest of the season.

“We are still investigating what technical issue caused the car to be uncontrollable in T2. I’d like to thank the whole medical team, FIA ETCR and everyone involved in helping and supporting me.”