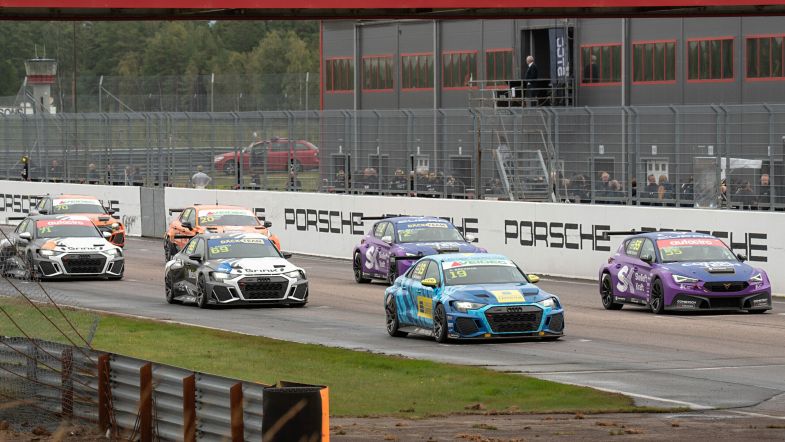 Andreas Bäckman has risen to become the main title rival to reigning champion and current points leader Robert Dahlgren after the penultimate STCC TCR Scandinavia round at Anderstorp.

The Lestrup Racing Team driver claimed two victories and a sixth place finish, reducing his gap to Dahlgren from 28 points ahead of Anderstorp to 24 after.

”It feels amazing to score a double victory,” said Bäckman.

“I had to fight hard in both races and the team gave me a great car, a huge thanks to everyone who made this possible. We’ve got three exciting races left in the Mantorp finale where I’m going to go flat out.”

“It was an eventful and good weekend with three out of three possible podium finishes,” said Dahlgren.

“I am especially pleased with the last race where I made my way up from sixth on the grid to finish second.”

65 points are still available in the season finale at Mantorp Park during the first weekend of October and Dahlgren expects a tough fight.

“We have an okay margin ahead of the finale, but we are going to have to fight hard for the title and we are no doubt ready for that,” said Dahlgren.