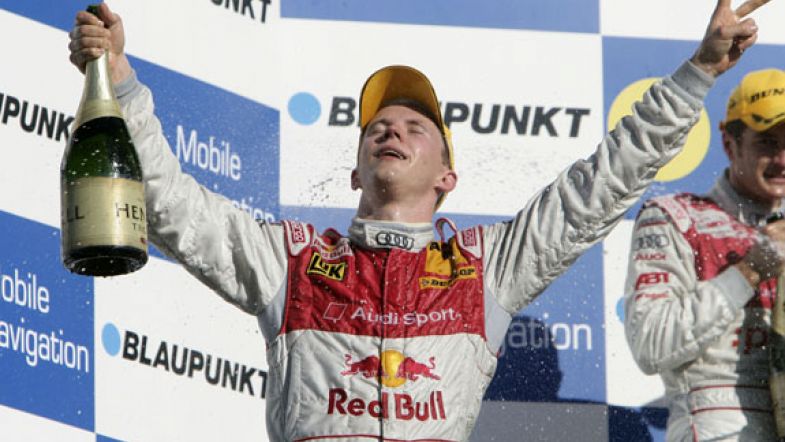 The Deutsche Tourenwagen Masters 2007 champion Mattias Ekström has been voted TouringCarTimes Awards driver of the year by the readers of TouringCarTimes.

The Swede got 39,6% of the votes while the Brit got 35,2% of the votes. The two other nominees, and driver of the year winners from their championships, Fabrizio Giovanardi and Fredrik Ekblom got 20,8% and 4,4% respectively.

Ekström took his second DTM title this year, his first title was won in 2004 with the same team – ABT Audi. As a crown on the 2007 season Ekström defended his title in Race Of Champions.

“It was a very though season and I was mentally drained when I got out of the car at Hockenheim after the final race. Right then and there I couldn’t really enjoy it all, but I have enjoyed it ever since. When I won my first DTM-title I was the young boy competing against all these touring car legends. This year I was one of the stars and favourites and had the pressure to win. To be able do so was very satisfying,” said Ekström.

Ekström is now in the preparations for the 2008 season with Audi in the DTM. The Swede is looking forward to the new season and hopes to be able to race Ralf Schumacher.

“I have had a nice holiday and now I am ready for the new season to start. It will be fun if we get a Schumacher in DTM this season. I understand Ralf will do a test and if he would join us, I look forward to the challenge of competing against him. He is one of the most well-known German drivers today,” Ekström said.

TouringCarTimes Awards – driver of the year 2007:

Another DTM-driver was also awarded in the TouringCarTimes Awards of 2007. Paul di Resta took the Touring Car rookie of the year. di Resta made his debut in DTM this year and took an impressive fifth place in the championship. In the vote the Mercedes-driver took 42,6% of the votes ahead of WTCC-driver Tiago Monteiro who got 31% of the votes. Tom Onslow-Cole took third with 22,6% ahead of the German Frank Stippler with 3,8% who had a hard season in the STCC.

TouringCarTimes Awards – rookie of the year 2007: