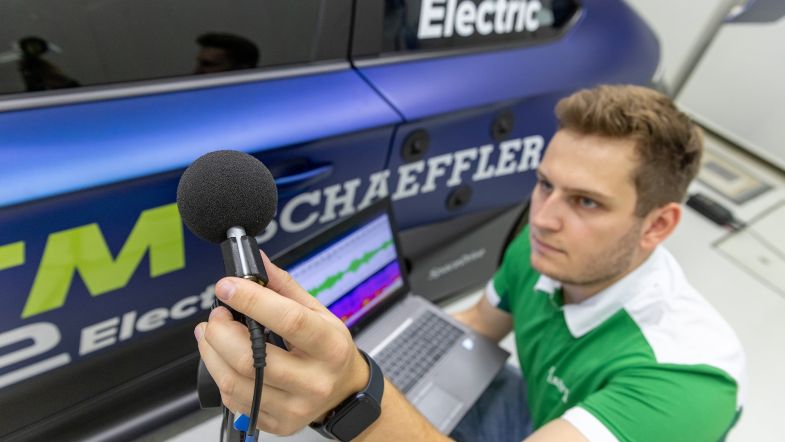 The DTM Electric prototype will feature during the DTM race weekend at the Red Bull Ring this weekend for a sound demonstration run.

“What has initially succeeded in the laboratory and is to be taken to the track at Red Bull Ring is absolutely breath-taking,” said Michael Resl, director competition & technology of the DTM organisation ITR.

“Schaeffler has succeeded in developing a sound system that takes into account the high performance potential of the DTM Electric cars and gives the cars an appropriate soundscape.”

The DTM Electric prototype, which features over 1000hp, will utilise a system which creates artificial sound using current vehicle data such as engine speed, positive/negative acceleration and brake pressure.

“We are developing the automotive sound of the future,” said Dr. Jochen Schröder, head of the e-mobility division at Schaeffler.

“While doing so, we have developed the sound really close to the physics of an electric engine, but even cooler yet.”

The DTM organisation has stated that the introduction of the electric regulations is set for 2024, while component delays might push it to 2025.