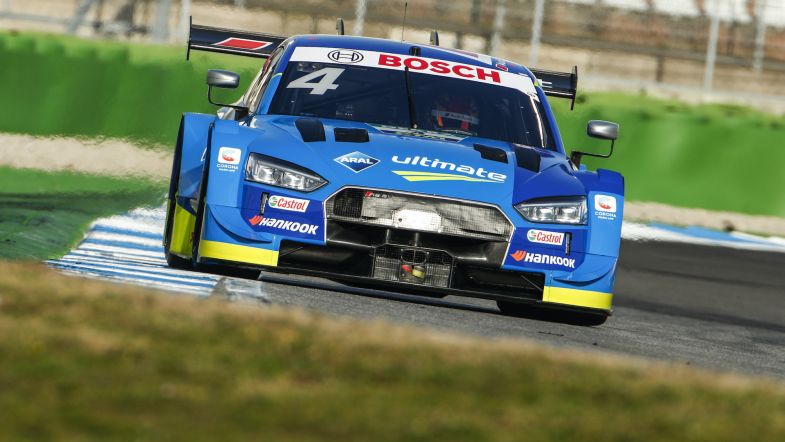 Robin Frijns was left to rue his double DNF at Zolder after missing out on the DTM title during the final weekend of the year at Hockenheim.

The Dutch racer went into the season finale as the rank outsider of the three contenders having endured plenty of frustration in the preceding two rounds in Belgium – crashing out of race two of the first meeting whilst leaving the pits and then being taken out of race two of the second after getting caught up in an incident.

Frijns would struggle for pace compared to rivals René Rast and Nico Müller throughout the season finale, and his title bid was ended in race one after a seventh place finish – with the decision to pit early ultimately not being enough to keep his challenge on track.

A fifth place finish in race two capped Frijns’ best season in the series to date, with three wins and a new personal best by far in terms of points scored after an epic three-way battle for crown.

“It has been so tight that even when you won a race, the other guys would be right behind you so there wasn’t really the chance to build a a gap in the standings – and that means that two DNFs really hurt. The competition has been super tough and any small mistake or problem made a big difference.”