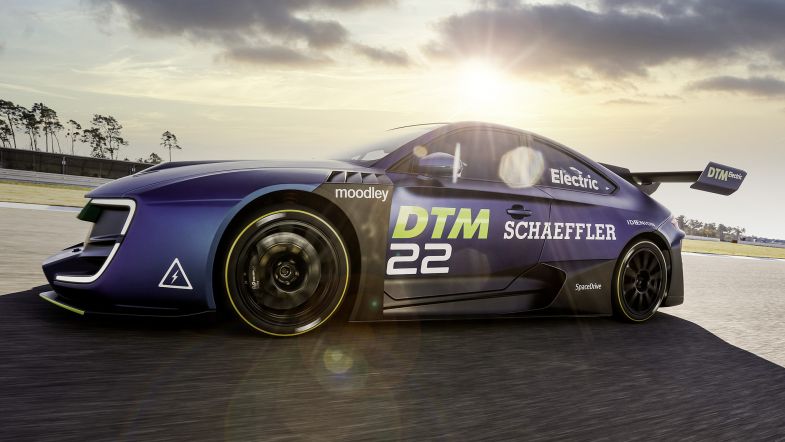 The DTM organisation unveiled an electric future for the series during the season finale at Hockenheim, showcasing an electric prototype race car set for introduction in 2023.

Matthias Zink, board member of series partner Schaeffler, explained that, in order to have full-length, 45-minute sprint races, the series could introduce pit stops with battery changes.

Audi Motorsport boss Dieter Gass hasn’t had the opportunity to evaluate the proposal and admitted being “surprised” of the DTM, headed by Gerhard Berger, already having a finished prototype but believes that safety will be a key aspect of the proposed pit stops.

“The idea is interesting, but, given the key points, I personally believe that it will be challenging from the safety aspect of the operation,” Gass told TouringCarTimes.

“With the Class 1 we run a monocoque that is homologated and is one of the safest in the world, and I think this is one of the biggest challenges they face.

“Currently, we have pit stops for tyres and, in the past, we also refueled the cars so, from a theoretical point of view, it’s a legitimate idea,” added Gass. “So, in that concern, and provided they can do it safely, changing the battery would be a welcomed idea.”

Gass’ exiting counterpart at BMW Jens Marquardt also believes the concept is interesting, but the biggest challenge will be the development of the battery itself.

“We had an extremely impressive presentation with a car of 1,200 BHP and it’s t he only concept with this level of power in the battery pack,” Marquardt told TouringCarTimes.

“This concept is a big challenge and not one that will be resolved in a handful of months, so it will definitely drive the timeline for them.

“With regards to the change of batteries, they have also to ask themselves how many pit stops they will have in the race, whether one or two, or even more, as it depends on how heavy is the car and how much energy it will need for exciting racing. This will definitely be the biggest challenge,” Marquardt concluded.

Both bosses also think that, developed correctly, an electric DTM series could attract a strong fan base.

“If it becomes spectacular motorsport, the people can be interested,” added Gass. “But I cannot judge it so well, as I come from a generation that grew up with internal combustion engines and noise.

“I believe that the notion that noise goes with the emotion the racing generates will fade away and a younger generation won’t care so much about the lack of noise. Perhaps they will have a different public and fan base from what we have today,” concluded Gass.