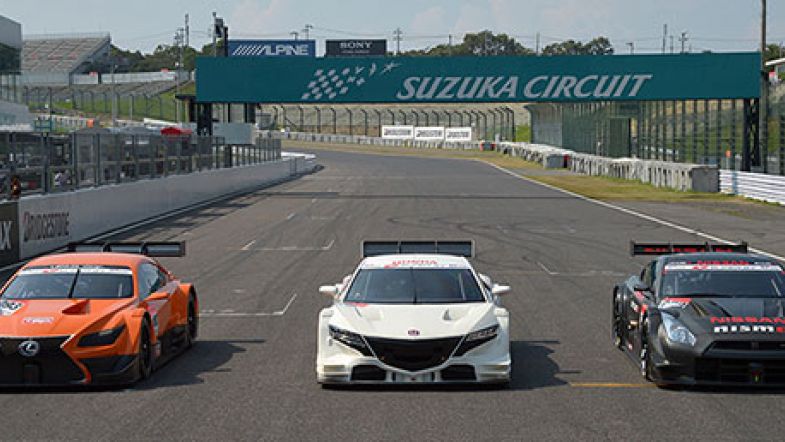 An agreement was announced earlier in the year between the DTM and the Japanese Super GT series, which sees both series use the same technical regulations.

As a result, the cars made by Honda, Lexus and Nissan will have the opportunity to compete in the DTM in the future.

The uniform regulations will also be adopted by a new US-based Grand-Am series, and by 2017, all three series will be at the same technical level.

After the Suzuka roll-out, the ITR chairman, Hans-Werner Aufrecht, congratulated the chairman of the Super GT organizer, Masaaki Bandoh, via video-link.

“[Congratulations to those] who have succeeded in carrying out the roll-out of all three cars at Suzuka this weekend, and my congratulations also to the drivers,” he said. “They can look forward to fantastic cars, to sporty cars, and I think that competition will be similar to that here in Germany.”