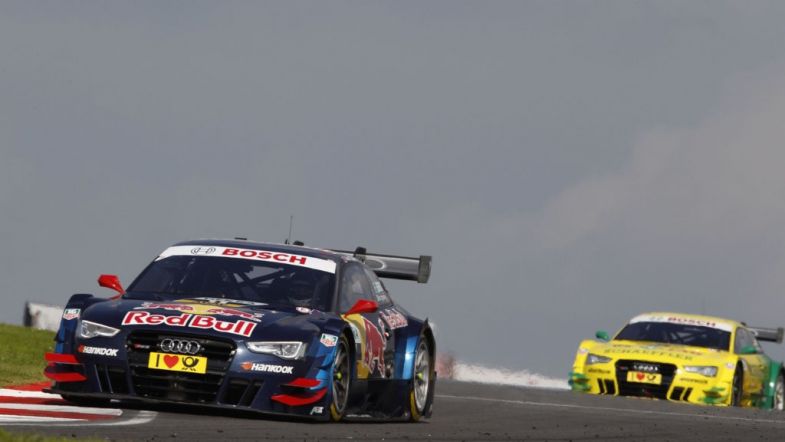 Audi will give ex-Formula 1 driver, Lucas di Grassi, and current Formula Renault 3.5 racer, Nico Müller, a run in its 2013 RS 5 DTM car at a multi-day test at the Red Bull Ring this week.

Di Grassi ran as one of Virgin Racing’s drivers alongside current BMW DTM man, Timo Glock in 2010. Towards the end of 2012, the Brazilian, 29, joined Audi’s FIA World Endurance Championship programme, and finished third in the 2013 Le Mans 24 Hours, behind the wheel of one of the team’s R18 e-tron quattros, which he shared with Marc Gené and Oliver Jarvis.

Müller, 21, is currently competing in the Formula Renault 3.5 championship and lies seventh in the championship. The Swiss took his maiden victory in the series at Monaco in 2013.

“We are intrigued to see just how Nico and Lucas get to grips with our RS 5 DTM,” said Audi’s head of DTM, Dieter Gass.

“Nico is a promising young driver whose career we have followed with great interest for some years now.

“Lucas has impressed our sportscar team with his speed and knowledgeable technical feedback, which is why he is regarded as excellent test driver.”

Audi has yet to confirm its 2014 DTM driver line-ups.