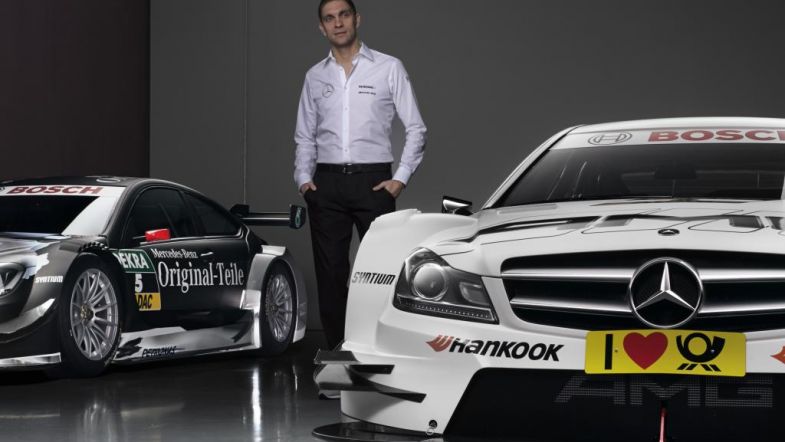 Ex-Formula 1 driver, Vitaly Petrov, has been signed by Mercedes to form part of its 2014 DTM programme.

Petrov had a Formula 1 career of 57 starts between 2010 and 2012 with the Renault, Lotus Renault and Caterham teams.

Petrov left Formula 1 at the end of 2012, but remained involved in motorsport and was the first Russian to drive a DTM car.

Prior to the first DTM round in Russia in August 2013 at the Moscow Raceway, Petrov drove Mercedes’ C-Coupe DTM at the Moscow City Racing promotional event.

At the Moscow Raceway, he drove Mercedes’ ‘Race Taxi’ as further promotional work.

In January 2014, Petrov tested with Mercedes at Portimao with a view to a race seat for the upcoming DTM season.

“The DTM is a great racing series and I’m very happy that Mercedes are giving me the chance to compete against the world’s best touring car drivers”, said Petrov following the announcement he is to form part of Mercedes 2014 DTM driver line-up.

Petrov added he is aware of the challenges ahead of him in the DTM, but believes his decision to race in the series will help motorsport flourish in Russia.

“I’m aware that I’ve got a steep learning curve ahead of me, but I love a challenge and accept it gladly.

“Motor racing is becoming ever more popular in Russia; last year, the DTM debuted at the Moscow Raceway and Sochi will host Formula 1 for the first time this year.

“I am certain that we will see many more Russian racing drivers in various series in the future and I hope that I can do my part in the DTM to make our sport more popular in my home country.”

Mercedes motorsport boss, Toto Wolff, said he is looking forward to how Petrov’s DTM career develops, and his signing will be a boost for Mercedes’ Russian market.

“I am looking forward to see how things will develop within DTM,” said Wolff. “Vitaly had a successful test in our DTM Mercedes C-Coupe at Portimao and I’m sure that he will be valuable member of our team.

“He is a great sportsman and representative of his country, who has already demonstrated his ability by achieving, among other things, a podium finish in Formula 1.

“He will also be a great asset for Mercedes, especially in the Russian market.”

In 2013, Mercedes’ drivers in addition to Paffett and Juncadella were Roberto Merhi, Pascal Wehrlein, Christian Vietoris and Robert Wickens.