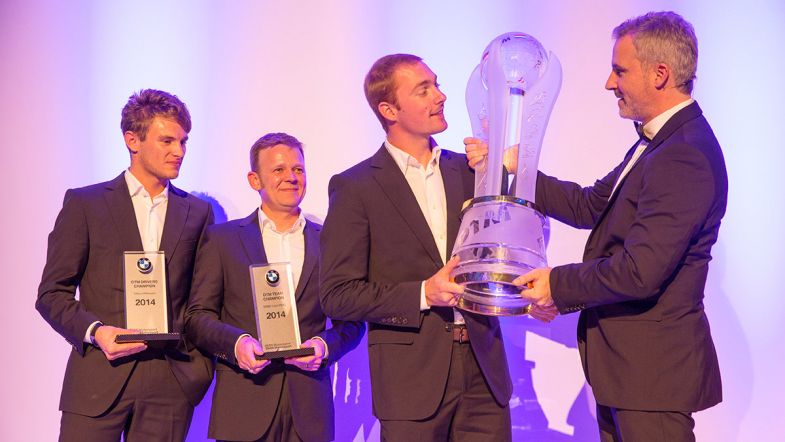 BMW celebrated last night its traditional Season Review party in Maisach, Germany, an occasion to honour their champions and set an outlook for the forthcoming season. At the event it was announced that their driver line up in the Deutsche Tourenwagen Masters will remain almost unchanged, with Joey Hand being dropped for the 2015 season.

Consistency was the key element in deciding the drivers at the wheel of the BMW M4 DTM on its second season. With Marco Wittmann already confirmed shortly after the season finale in Hockenheim, last night it was announced that Brazilian Augusto Farfus, Belgian Maxime Martin, Canadian Bruno Spengler, Portuguese António Félix Da Costa and Germans Martin Tomczyk and Timo Glock would continue driving for BMW in the 2015 DTM season.

Joey Hand is therefore dropped from the programme, and will seek a new challenge, seemingly outside of the Bavarian manufacturer.

BMW has now an eighth vacant seat, and a replacement will be announced in due course. This week, at the first collective tests in Jerez since the end of the season, the Münnich-based manufacturer evaluated seven drivers, including European F3 runner up Tom Blomqvist, former Formula Renault 3.5 Robin Frijns, and Britons Sam Bird and Jack Harvey.

Jens Marquardt, BMW Motorsport Director, outlined the importance of continuity in order to ensure success: “In the DTM we will once again field eight BMW M4 DTMs, with which we obviously want to follow on from the great success we have enjoyed in recent years. Our driver line-up remains largely unchanged. Seven of our eight DTM drivers from last season will also be on track in the BMW M4 DTM in 2015.”