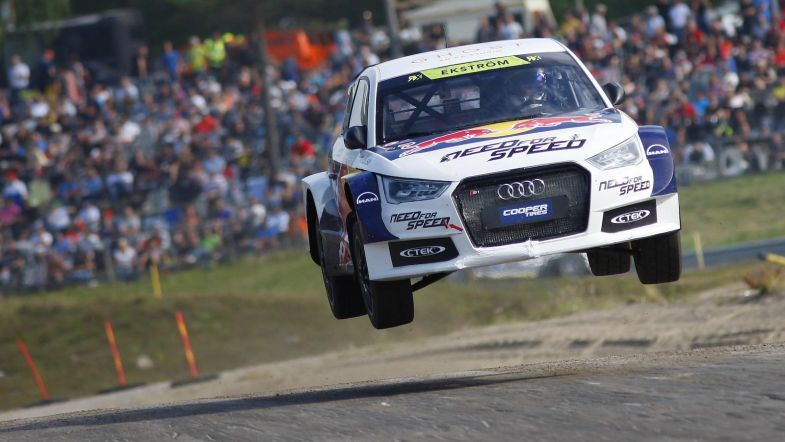 Double DTM champion Mattias Ekström has yet to decide whether he will combine his 2015 Audi DTM programme with a full season driving for his EKS World Rallycross team in the World RX Championship.

There is only one clash between the 2015 DTM and World RX calendars; the Hockenheim and Italy RX season finales. When asked by TouringCarTimes whether he would run a split DTM/World RX programme, Ekström replied:

“I think that’s a good question, but I don’t know yet. Over the winter I’ve been working on my fitness, doing some promotional events for Audi and working on EKS. I’ve not finalised everything yet and it’ll still take a little time to sort things out, so you will know everything in two or three months.”

The Swede set up the EKS squad in 2014, and the team competed in eight of the 12 events on the World RX calendar. Ekström drove three World RX events alongside full-time driver Pontus Tidemand, and took victory in the team’s third ever event in front of its home crowd in Höljes, Sweden.