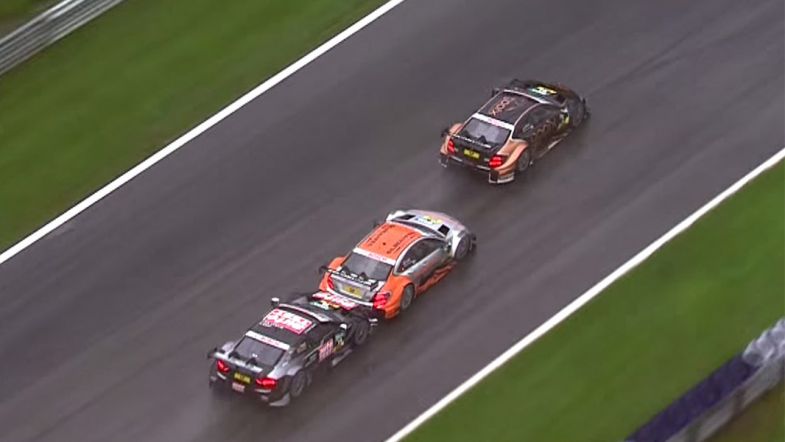 The infamous ‘schieb ihn raus’ (push him out) episode from Race 2 in Spielberg four weeks ago could not be over, as now the Austrian Police is looking into the matter.

Last Wednesday the DMSB, German national motorsport authority, gave their verdict on the matter, resulting in a pit lane ban for Dr. Wolfgang Ullrich, Head of Audi Sport, and responsible for the radio message, as well as deleting Audi’s points from the race and handing the manufacturer a 200,000€ fine. Timo Scheider was also excluded from racing in Moscow and has been replaced by rookie Antonio Giovinazzi for this weekend’s event.

Now, a prosecutor in Leoben, located in Styria, the Austrian region home to the Red Bull Ring, has launched an investigation into the matter, Autosport reports. Both Timo Scheider and Wolfgang Ullrich are set to be questioned, and could be facing further actions.

A spokesperson for the Leoben prosecutor said: “We are investigating the driver and the alleged instigator of coercion and threat to the physical safety.”

Audi confirmed that an investigation is ongoing, and won’t be making any further comments on the issue until the matter is resolved.