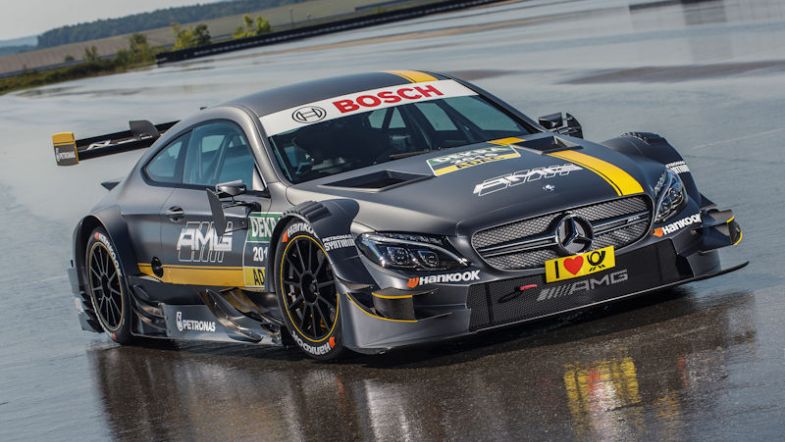 Mercedes AMG has shown the first pictures of the new C63 DTM the manufacturer will race in the Deutsche Tourenwagen Masters next season. The announcement follows on from the first drafts of the car, released last weekend during the sixth round of the 2015 season at the Moscow Raceway.

The lines of the new C63 DTM follow from the revamp of the road model, heavily inspired in the performance improvements learnt at the race track. The new car features dynamic-looking headlights and the twin blade grille typical of the AMG as the most characteristic features. The new car will begin its on track testing during the winter, in preparation for the 2016 season.

Gary Paffett is the longest serving current driver for Mercedes AMG in the DTM. The Briton, lined up at this year’s rookie team ART GP, is already looking forward to the increased performance the new model will bring: “The 2016 version of the Mercedes-AMG C63 DTM looks really good. Obviously, many parts are similar to those on the current car, but the new shape is really cool and simply shows that the Mercedes-Benz and AMG road versions are getting better and more beautiful with every stage in their evolution. I’m already looking forward to climbing into the new car. Hopefully, we can fight for lots of wins and maybe even win the title with it.”

Ullrich Fritz, Head of Mercedes AMG DTM, states that the work towards the 2016 model started already last year, taking into account the limitations in development set by the series’ technical regulations: “The regulations severely limit areas for development, so a large number of components have been taken from its tried and tested predecessor. Obviously, in the DTM, we seek to continuously optimise the overall package and, consequently, the vehicle passes through various development processes and stages during the course of its entire life cycle as deemed necessary.”

Mercedes AMG is currently second in the DTM Manufacturers’ standings, with HWA AG driver Pascal Wehrlein in hot contention for the Drivers’ title. The next round of the DTM takes place at Oschersleben from the 11th to the 13th of September. 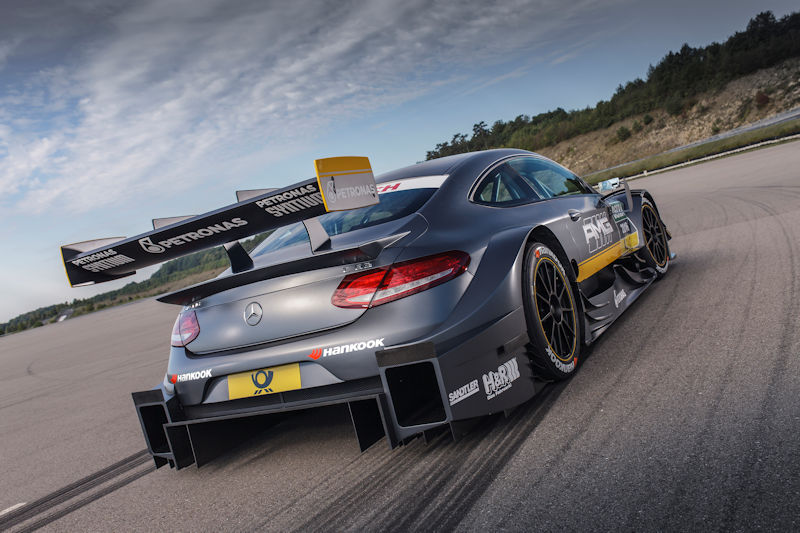