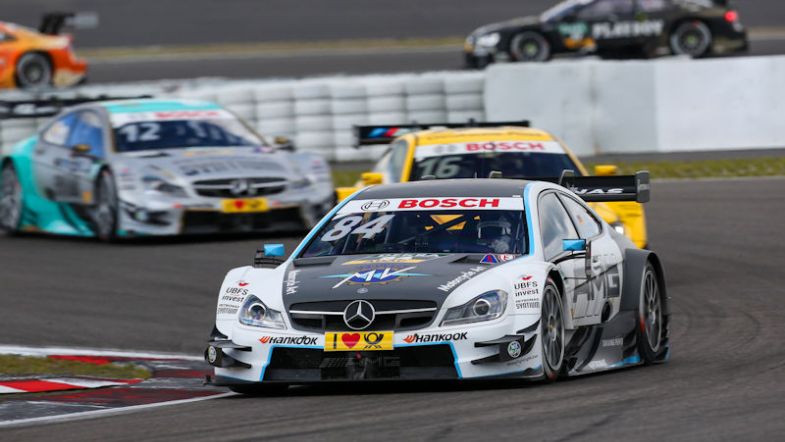 The planned introduction of turbo engines in the Deutsche Tourenwagen Masters for the 2017 season could be delayed, after an apparent block from Mercedes AMG.

The three manufacturers involved in the series agreed the introduction of four-cylinder, two-litre, turbo engines for 2017, with 2016 being the last season of the veteran V8s. The new units would produce an output of 650 BHP, almost 200 more than the current one.

However, according to Auto Motor und Sport, Mercedes AMG has blocked the development of the new engine, agreeing to delay its introduction until 2019 after a meeting with Audi and BMW, the two other manufacturers involved in the series.

Toto Wolff, Head of Mercedes Motorsport, has justified the decision based on the development costs: “We believe that the entertainment value of the DTM will not be significantly changed by the introduction of a new engine, but the cost will and that’s why we are trying, together with the other two manufacturers, find alternative scenarios.”

An insider said the development process is advanced and that the costs aren’t likely to get much higher, fuelling speculation that Mercedes AMG could be preparing their exit from the DTM. Toto Wolff dismissed this possibility: “Mercedes wants to stay in the DTM and, together with the other manufacturers, add a new vision to the series.”

The delay in the introduction of the new turbo engines would also hamper the development of “Class One”, the merge with the Japanese Super GT and the American IMSA, which was hoping to celebrate its first joint event in the latter part of 2017.