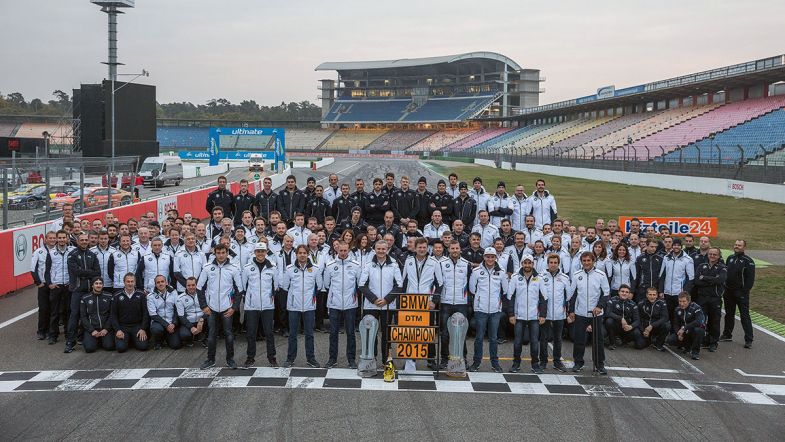 BMW Motorsport retains all eight of its drivers for 2016

BMW Motorsport will head into the 2016 Deutsche Tourenwagen Masters season with an unchanged driver line-up.

The Bavarian squad recovered from a difficult start of the season to win the manufacturers’ title in the series, the third since their return back in 2012. Additionally, Team RBM’s Tom Blomqvist took his maiden win in Oschersleben and became the Rookie of the Year.

BMW Motorsport will again entrust their operation to the teams RMG, MTEK, RBM and Schnitzer. The team and drivers pairings are yet to be announced.

Jens Marquardt, BMW Motorsport Director, thinks consistency will be key to a successful season: “Now in our fifth DTM season since returning to the series, we are putting our faith in continuity within our squad of drivers and teams. ‘Never change a winning team’ is our motto for 2016, when we hope to achieve more wins and titles.”

With Audi and BMW having announced their unchanged driver line ups for the 2016 DTM season, the only question mark is now over Mercedes AMG, with their line-up dependent on the manufacturer’s plans for 2015 champion Pascal Wehrlein.