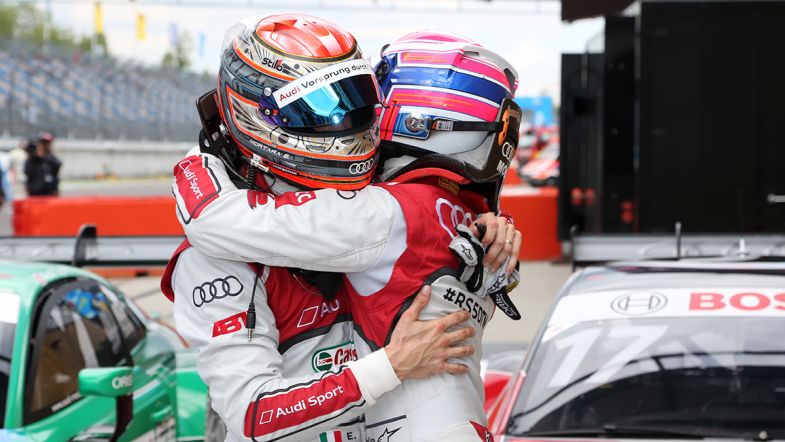 Audi Sport confirmed today a further change to their driver line up for the 2016 Deutsche Tourenwagen Masters season. Miguel Molina and Edoardo Mortara will exchange teams from Abt to Abt Sportsline.

The Ingolstadt manufacturer had already confirmed the continuity of their driver line up for the third season in a row, with Adrien Tambay and Nico Müller swapping positions between Team Rosbert and Team Abt.

Today it was confirmed that Miguel Molina will also move to Team Abt, partnering Müller, in a completely new line up for the squad. The Spaniard will contest his seventh season in the DTM, having achieved his maiden win in Nürburgring last year.

Edoardo Mortara moves to Abt Sportsline for his sixth season in the DTM. Last year, he was a title contender until the season finale in Hockenheim, finishing fourth in the final standings, the Italian’s best result in his DTM career.

Audi Sport’s teams and pairings for the 2016 season: