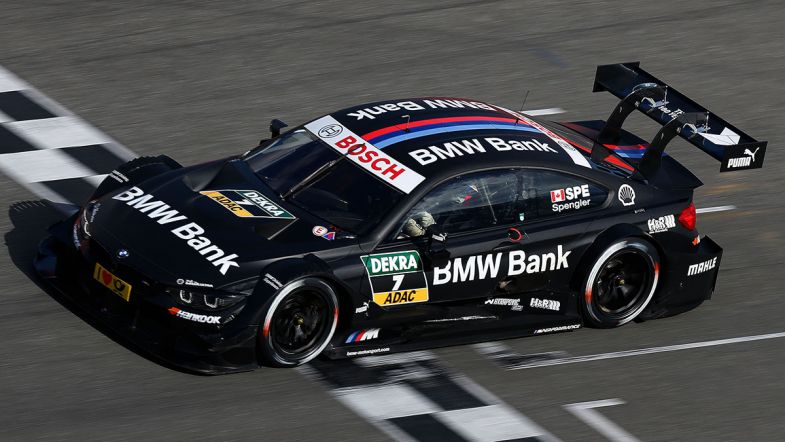 The Deutsche Tourenwagen Masters will have a new performance weight system for the 2016 season, as it was announced yesterday by the series’ promoter.

The ballast system, introduced for the 2014 season, allocated a number of 2.5-kilo weight units to each driver, depending on the results of the previous race.

With the return to the two-race weekend format last year, cars were given the performance weights of two races from one weekend to the next, resulting in important differences in terms of performance. The issue was one of the biggest controversies last season, with both manufacturers and drivers calling for changes.

The base weights have been revised, as it was announced last Friday, with Audi and Mercedes staying at 1,120 kilos, whilst BMW has had their baseline weight reduced to 1,112.5 kilos.

For the 2016 season, all performance weights will be calculated based on the best theoretical lap from each manufacturer in qualifying.

Every driver will have a theoretical best lap, resulting from adding their best three sectors in the qualifying session. For each manufacturer, the reference will be the best theoretical lap among those from its drivers.

The manufacturer with the best theoretical lap will be used for determining the performance weights, and the calculations will be made using the percentile difference with the other two manufacturers, with 0.1 and 0.2 per cent being the reference points.

Each 0.1% jump represents a 2.5-kilo performance weight. Thus, if the second and third fastest manufacturers remain within 0.1% of the fastest theoretical lap, no cars will be allocated nor deducted any weight.

There are up to six possible scenarios, which range from no weight added to up to five kilos deducted for the slowest manufacturer and added for the fastest, should the gap be over 0.2% of the theoretical lap.

The calculated performance weights will be added right after the qualifying session, and will be the same for all the cars of the same manufacturer, being valid for the following race and qualifying. Therefore, there will be 17 calculations during the season, with an upper limit of 1,140 kilos, and no more of 15 kilos deducted from the baseline weight of each car.