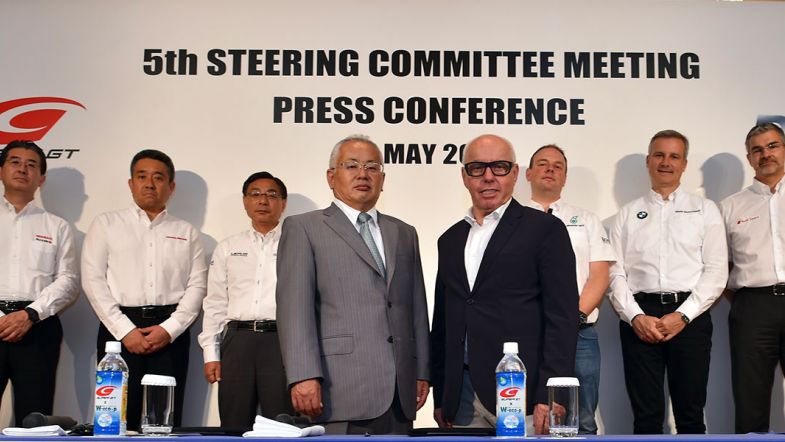 ‘Class One’ regulations to be in place by September 2017

The fifth ‘Class One’ Steering Committee meeting was held yesterday in Tokyo, with representatives of the Deutsche Tourenwagen Masters promoter ITR e.V, the Japanese Super GT and the manufacturers involved in both series attending.

The work towards the future of the ‘Class One’ regulations continues, with all parties having signed a joint declaration to have a set of regulations presented to the public by September next year.

All the manufacturers involved, with Audi, Mercedes and BMW on DTM’s side, and Honda, Nissan and Toyota on the Japanese front, have committed to actively work towards finding common grounds towards the creation of the super touring car class.

ITR Chairman Hans Werner Aufrecht said: “During today’s meeting we made another step forward regarding the harmonisation of the regulations and defined the next milestones on the way to doing so. Furthermore, we succeeded in describing the way along the two main goals: cost reduction and geographic expansion of the marketing campaigns.”

The DTM is currently developing the technical regulations for 2017, with the homologation freeze finishing at the end of this year, but with the new 2-litre engines now delayed until 2019.

‘Class One’ was initially drafted as a joint project with the involvement of DTM, Japanese Super GT and IMSA, but the Americans have now delayed their participation in the class whilst the United SportsCar Championship, born of the merge between IMSA and Grand-Am, is being rolled out. There have also been claims about the Japanese bowing out as GT3 regulations were being considered, but these have been dismissed by the organisers.