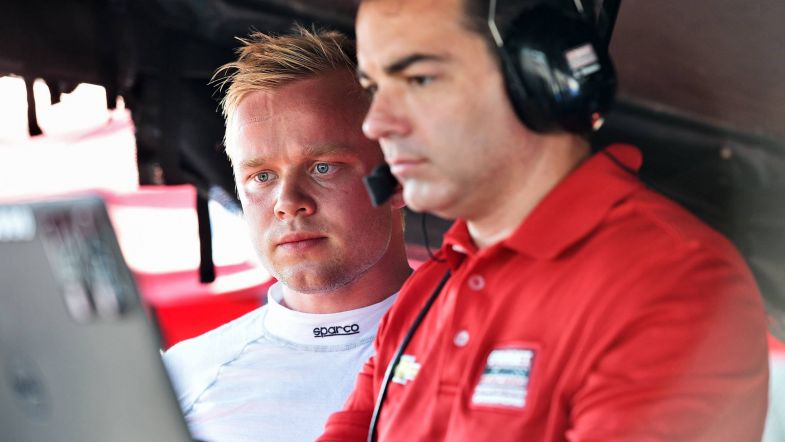 Swedish racer Felix Rosenqvist is going to make his DTM debut for Mercedes in the next race at Moscow Raceway.

The 24-year-old is the official Mercedes DTM test driver and will step in for regular driver Esteban Ocon.

“Getting the opportunity to race in the DTM is very exciting for me,” said Rosenqvist.

“I’ve been a part of the Mercedes-AMG family for many years, and this was always one of my primary targets. It is going to be a real challenge, joining such an incredibly competitive championship mid-season, and I know I will have a lot to learn in a very short amount of time.”

Ocon is going to join Manor in Formula 1 for the Belgian Grand Prix as the team has terminated their regular driver Rio Haryanto’s contract.

Rosenqvist has tested for Mercedes in DTM several times and is the reigning European Formula 3 champion, currently racing in the American Indy Lights series.

“As our test and reserve driver, Felix is well prepared for this challenge,” says Uli Fritz, Head of Mercedes-AMG DTM.

“He has gone everywhere with the team since the beginning of the season, including the fitness camp, and he knows the whole squad as well as the car. It therefore makes absolute sense for us to give him the opportunity to contest this DTM race weekend in Moscow. And of course, a very special thank you goes to Esteban for his achievements this season. He has done exceptionally well in his DTM rookie year against a strong field. Now we’re all giving him the thumbs-up on his Formula 1 debut at Spa.”