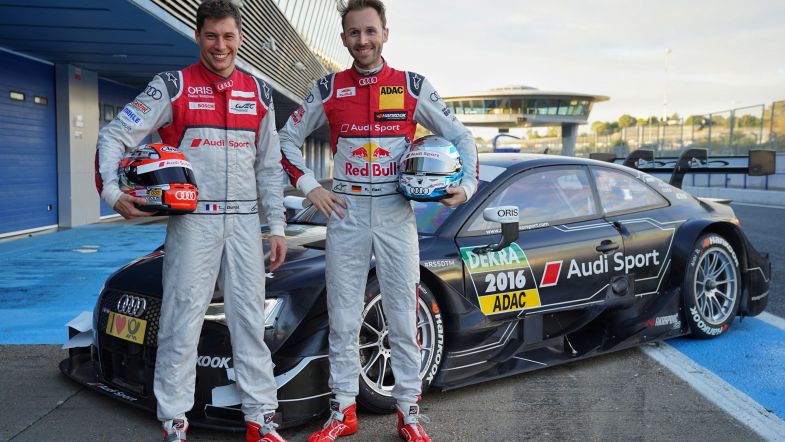 Audi has confirmed two new drivers in the form of Loïc Duval and René Rast in their finalised line-up for the 2017 DTM season. The Frenchman and German will join Mattias Ekström, Jamie Green, Nico Müller and Mike Rockenfeller.

“We’re happy that our driver squad for the new DTM season is complete,” said Dieter Gass, Head of DTM at Audi Sport.

“In Mattias and Mike, we have two DTM Champions on board who in my book will be among the favourites next year, not least due to the new rules and tires. Jamie, no doubt, is one of the strongest campaigners in the DTM. Nico convinced us with consistently good performances and his first DTM victory last season. Not only on delivering a strong race in the finale at Hockenheim, René has shown that he’s also going to be in contention at the very front in the DTM. And in Loïc, we’ve integrated one of our best drivers from the Le Mans program into our DTM squad. I’m convinced that we’re in a top position with our driver lineup for the 2017 season and have six strong characters in our team.”

Duval has raced for Audi in the FIA World Endurance Championship (WEC) since 2012, claiming the 2013 24 Hours of Le Mans victory, and makes the move to the DTM as Audi’s WEC programme has been terminated for 2017.

Gone from Audi’s line-up compared to this season are Miguel Molina and Adrien Tambay, while Edoardo Mortara has joined Mercedes.