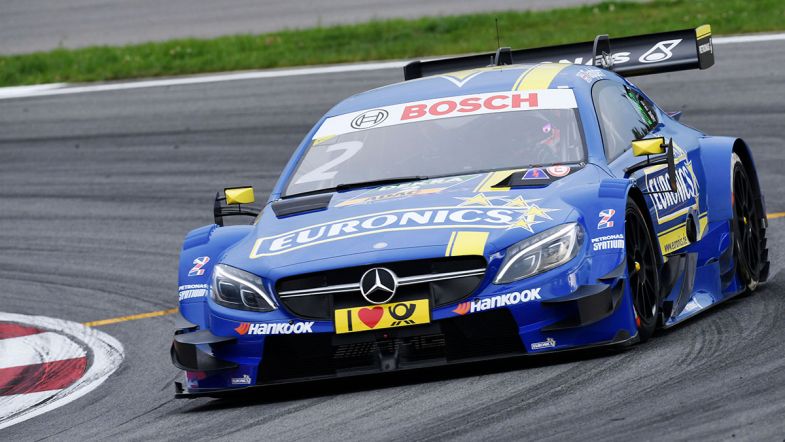 Maro Engel back with Mercedes in major line-up reshuffle

Mortara joins the Stuttgart-based manufacturer after being runner-up in the 2016 season with Audi. “I’m looking forward to the 2017 season and to working with my new team-mates,” said Mortara. “I am convinced that together we can deliver excellent results for the team.”

The other big change for Mercedes AMG is Maro Engel’s return. The German driver competed in the series from 2008 to 2011, having focussed his efforts in GT and, more recently, Formula E.

Gary Paffett, Lucas Auer, Robert Wickens and Paul di Resta are the only drivers to remain from last season, with Christian Vietoris, Maximilian Götz and Daniel Juncadella departing the team. International Formula 3 runner-up Maximilian Günther will be the new reserve driver for Mercedes in the DTM.

As per the agreement to reduce costs, Mercedes AMG has downsize their DTM effort to six cars, all of which will be managed by Team HWA.

Ulrich Fritz, Head of DTM at Mercedes AMG, said: “We have a new car, new tyres and a reduction in the number of drivers on the grid. The standard of competition is therefore going to be higher than ever before in the DTM. That’s precisely why I am glad we have put together such a high-calibre squad. Edo, Lucas, Paul, Gary and Rob have all won DTM races and are well capable of having a say in the destination of the title.”

With the new Class One regulations coming into place in 2017, bar the engine, the DTM teams continue to develop their new machines. All three manufacturers will be back on track from the 20th to the 23rd of February in Portimao for pre-season testing.