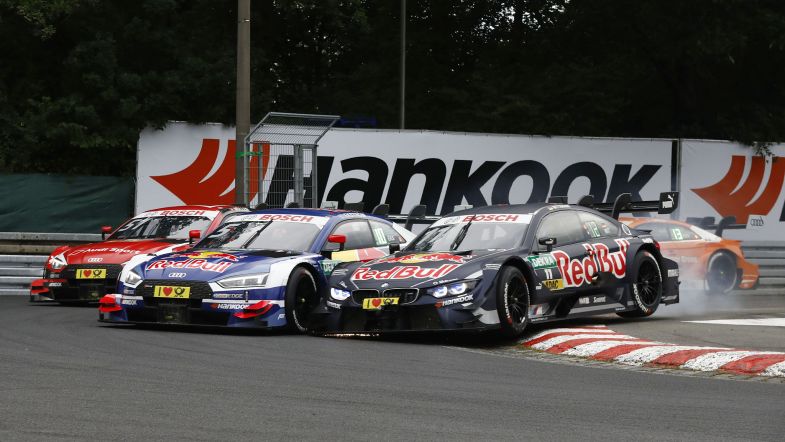 BMW Motorsport driver Marco Wittmann will get a five-position grid drop penalty after receiving his third warning of the season in today’s second DTM race at Norisring.

The reigning champion had a heated battle with Audi driver Mattias Ekström, with Wittmann forcibly overtaking the Swede at Turn 1 on lap 12, which was considered a racing incident by the stewards.

Later, on the last lap, Wittmann tagged Ekström as both, together with Mercedes’ Edoardo Mortara, were battling for third. The Swede got out of line, with Mortara overtaking both and taking the final podium spot.

Wittmann was deemed responsible for the manoeuvre which saw Ekström losing third place, receiving a warning for the incident. As this is the third warning this season for the BMW driver, Wittmann will get a five-place grid drop for Saturday’s race in Moscow in three weeks time.

A separate incident on lap 24 saw Audi’s René Rast forcibly push Mercedes’ Robert Wickens at Turn 1, with both ending up in the wall. The German driver was deemed responsible for the incident and received a warning.