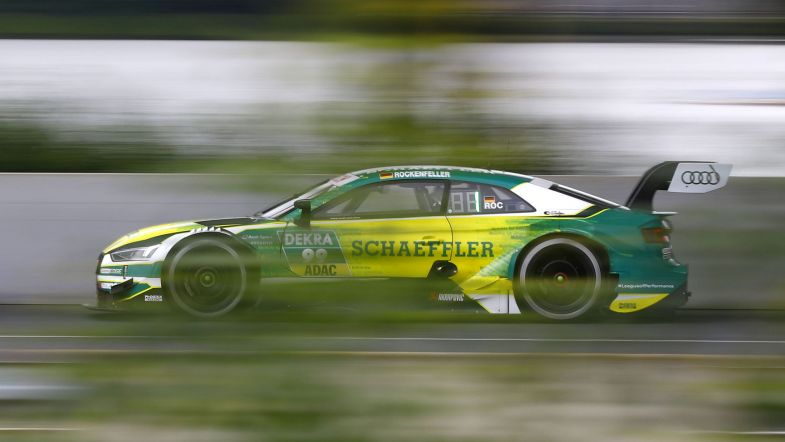 Mike Rockenfeller could miss Moscow after suffering a broken bone

Mike Rockenfeller was on the receiving end of today’s heavy crash in the second DTM race at Norisring as the out-of-control Mercedes of Gary Paffett smashed into his Audi, with the German suffering a broken bone in his left foot.

Paffett was fighting with Audi driver Jamie Green when the right front end of the Mercedes touched the Audi’s rear left, in what seemed to make Paffett losing control over the bumps.

The Mercedes spun in the braking zone towards Turn 1, out of control, hitting the barriers and smashing into Mike Rockenfeller’s Audi, with both cars being sent into the escape area at the corner, with the race having to be red-flagged in order to repair the damaged barriers.

Both drivers were conscious and able to leave their cars by their own means, with Paffett reporting bruising and pain to his right arm. “That was a bad smash, but I’m fine. I’m sorry that Rocky got hit and injured as a result. I hope he’ll get well soon. My special thanks go to all the medics, both at the racetrack and in the hospital. They took excellent care of me,” said the Paffett.

For Paffett, today’s retirement marks the end of the Briton’s results streak, being the only driver to have scored points in all races held this season until yesterday’s.

Rockenfeller suffered a fracture of the fifth metatarsal bone in his left foot. Surgery has been discarded, with rehabilitation as the course of treatment for the injury. A decision on the recovery time will be made in the coming days as the response to treatment is assessed.