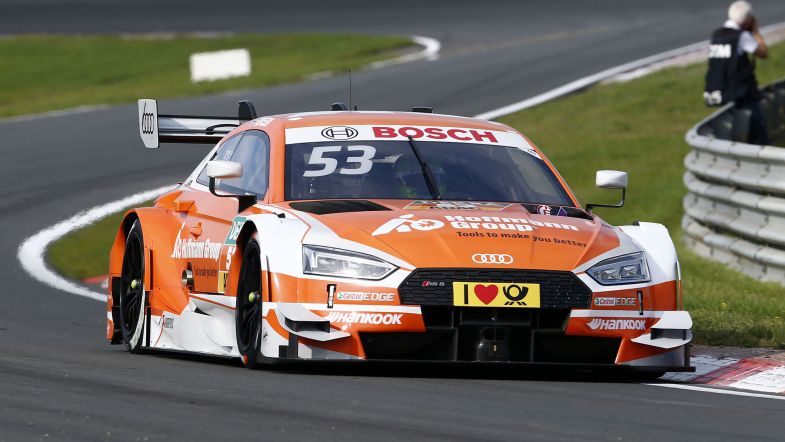 Audi Sport driver Jamie Green led the first free practice at the Red Bull Ring this afternoon, in a session dominated by Audi and Mercedes drivers, in dry conditions.

The session was the first opportunity for the field to run at the new base weight of 1,115 kg, as the DTM commission decided to take off the additional kilograms which could be subtracted under the now ditched performance weight regulations.

Green set a best lap time of 1:23.267, leading the first of the championship contenders, Mercedes’ Lucas Auer, just 0.024 seconds behind. Audi drivers René Rast and Nico Müller followed, with the Swiss a tenth off the pace.

BMW drivers Maxime Martin and Marco Wittmann completed the top ten, with the reigning champion seven-tenths off the pace.

Audi driver Mike Rockenfeller was unable to take part in the session due to a gearbox problem.