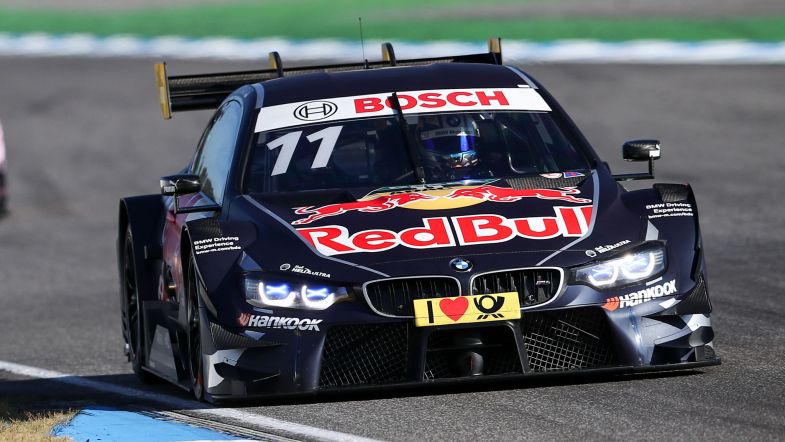 BMW driver and former champion Marco Wittmann managed to score his only win of the season at the last race of the year at Hockenheim. Wittmann, and thanked his team for helping him to have a winning car, while also acknowledging the achievement of new champion René Rast.

“I’m super-happy about today, to finish the season on a high with a win is something that every driver wishes,” Wittmann said to TouringCarTimes. “We had a very good first lap and were able to close the gap just before the first pit stop. We changed tyres and took it from there. “

“My car was perfect today, we did some work overnight and I just have to say thank you to the guys at RMG as they work quite heavily, it was a long night for them and made steps on the right direction.”

A lot was said ahead of yesterday’s race about Mercedes’ and BMW’s drivers potential involvement in the championship fight, especially as contenders Jamie Green and Mattias Ekström would start from the midfield due to their grid penalties.

Wittmann however said the inner-Audi battle had now affect on his strategy.

“My aim was to finish the season on a high and I never thought about interfering in the fight for the title. After the pit stop I knew that if I wanted to win the race I had to do some near qualifying laps, we had a good pace and a good car.

“The second stint was very long, and we didn’t know if we would run into some degradation or if the Audis would be coming back, but in the end we managed to finish the season with a win.”

Wittmann also had words of acknowledgement for Audi’s René Rast, his successor as DTM champion: “Clearly René did a great job, was always very strong in qualifying putting the car near to the front, which is a key factor in DTM if you want to score good points, and that he managed well. For me, he’s not a rookie because he’s not young but rather quite old and with a lot of experience. Nevertheless, he did a great job in his first year in the DTM and he deserved the title.”