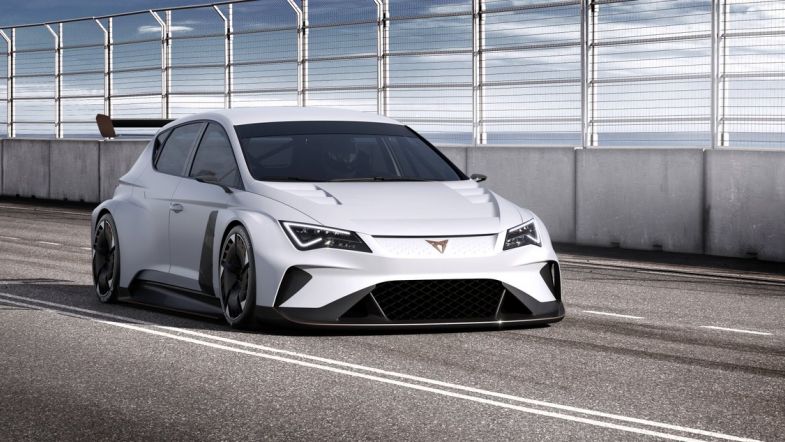 SEAT Sport has released an image of the world’s first fully electric touring car in form of the Cupra e-Racer.

The Cupra e-Racer, built for the new E TCR concept, will be shown at the Geneva International Motorshow, starting on Tuesday next week.

SEAT has not yet revealed the specifications of the race car in terms of power output and range, but are expected to do so at the Geneva show next week.