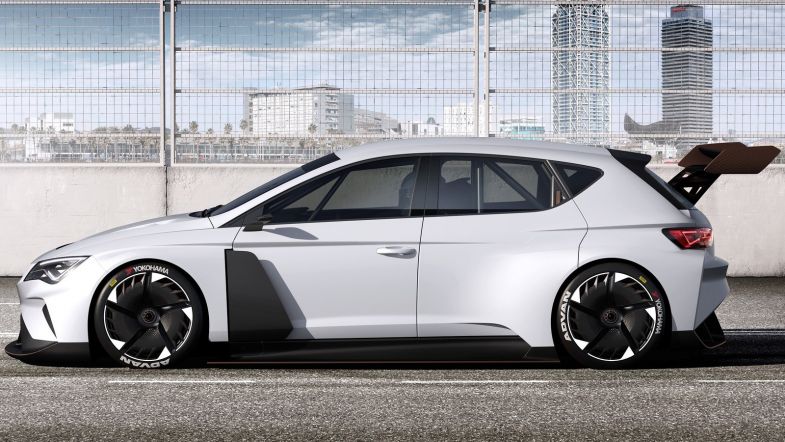 SEAT has released the performance figures and charge time for the new Cupra e-Racer, built for the new E TCR concept, at the Geneva International Motorshow today.

”This is a true motorsports car. It is the first electric racing touring car in the world,” said SEAT President Luca de Meo. ”By introducing a new and revolutionary car like this, we want to send to the racing world an important message: it is possible to be spectacular and also a lot of fun.”

The battery pack weighs 450kg, a third of the total weight of the vehicle, and consists of 6072 cells, with a complete recharge time of just 40 minutes.

“One of this vehicle’s most surprising aspects has to be its power,” said Xavier Serra, technical director for the e-Racer. “The Cupra e-Racer can reach 12,000 revolutions, compared to the 6,500 of a petrol powered racer car, and all with a single gear.”

Also revealed at the Geneva International Autoshow, where the car made its first public appearance, was that the chassis is of the road car version SEAT León and not the SEAT León TCR race car.

The Cupra e-Racer will be exhibited at selected events during 2018 and is, according to the manufacturer, expected to make its racing debut next year with the E TCR concept.