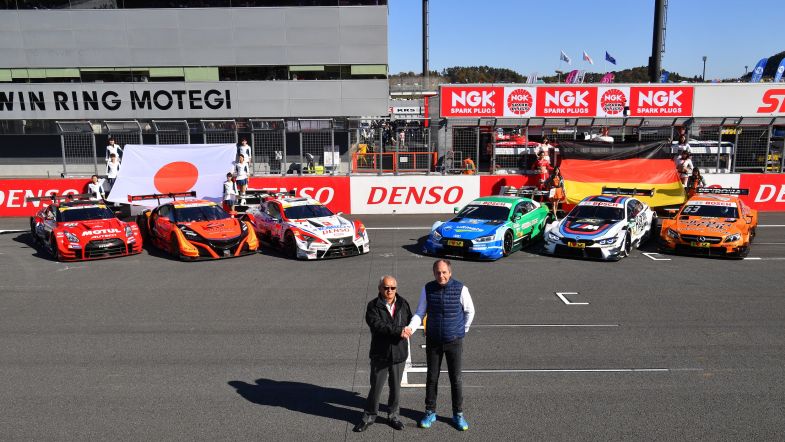 The DTM and Super GT organisations have confirmed the completion of the Class One regulations that will be introduced in 2019 for the DTM and in 2020 for the Super GT. Two joint race meetings are planned to be held next year.

“A milestone for international motor racing. These regulations enable manufacturers and teams to participate in spectacular motor racing at reasonable costs on two continents – and thereby to reach many people,” said Gerhard Berger, Chairman of the DTM umbrella organisation ITR.

Two joint races are planned for 2019, one in Europe and one in Asia, with a format of two sprint races with one mandatory pit stop for tyre changes.

A one-off Balance of Performance will be created for the joint races as the Super GT cars will not be of complete Class One specification until 2020.

“I would like to thank Mr. Berger, DTM and SUPER GT manufacturers, and all concerned for your dedication to this project. As you can see from the great success of our show runs done in both Germany and Japan last year, our collaboration has been further deepened,” said Masaaki Bandoh, Chairman of the SUPER GT umbrella organisation GTA.

The current carbon-fibre monocoque of the DTM cars will be used for while the engines will be changed to four-cylinder turbo-charged engines of 620 hp, around 100 hp more than the current DTM cars.

The cars will have modified aerodynamics to cater for the increased need of cooling for the turbo engines and increased performance.

The Super GT cars will run a slightly modified version of the technical regulations in order to cater for the endurance race format of the Japanese championship, the specific changes are yet to be revealed.