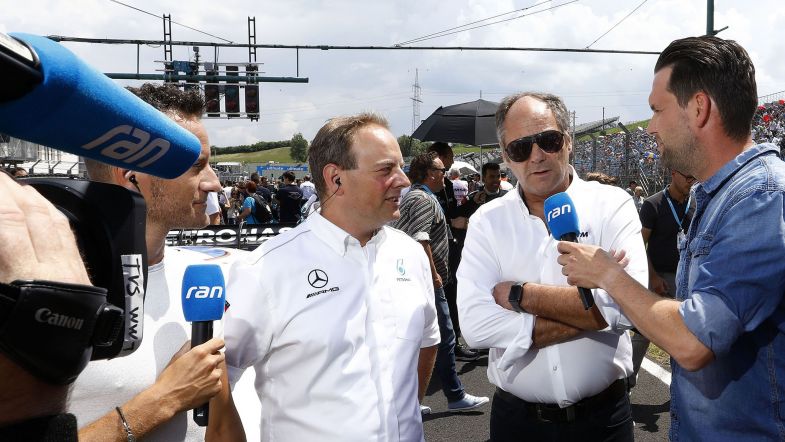 Mercedes AMG is believed to be preparing their wild card entry for the 2018 season, a seventh non-scoring car, for the next round of the season at Brands Hatch.

Asked about whether a British racing driver is on the cards, Mercedes AMG DTM boss said to TouringCarTimes: “Lewis Hamilton would definitely not be an option, as he’s focussed on his current programme in F1, but also as he would also be on holiday at the time of the Brands Hatch event.”

Another possibility for Mercedes would be Jenson Button. “Jenson is a good idea; after all, he was a Formula 1 champion with a Mercedes engine.”

Audi Sport used their opportunity to organise a farewell event for Mattias Ekström at the season opener at Hockenheim and BMW Motorsport will take the opportunity at Misano for brand ambassador Alex Zanardi.

Other names on the cards for Mercedes AMG include five-time WRC champion Sebastien Ogier, who could be preparing a Red Bull sponsored entry at the Red Bull Ring. The main issue against this possibility would be the DMSB’s (German ASN) rule that the wild card entry cannot be used in the last three rounds of the championship, but TouringCarTimes understands there could be an agreement from all three manufacturers to allow the possibility.

“We definitely are not considering Fernando Alonso!” Fritz joked. “It’s too early to confirm when and who will be our wild card entry this season, there are various possibilities and we will make an announcement when we are ready, but we won’t comment on the circulating rumours.”

“There are many things to consider. When we have the right person and the right date we will see if we need the DMSB to bypass the last three events rule and we will make an announcement,” concluded Fritz.