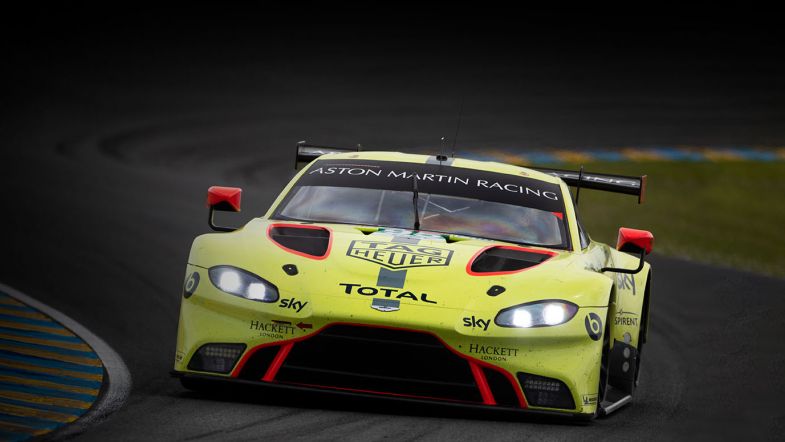 Aston Martin could arrive in the DTM for the 2020 season with a customer racing programme including a Honda engine and with Red Bull sponsorship.

Negotiations between Aston Martin and series promoter ITR are at an advanced stage, paddock insiders have revealed to TouringCarTimes, confident that an announcement will be made before the end of the season.

“There are a lot of ongoing discussions in many directions, but nothing is fixed yet, we are working on it (new entries),” ITR boss Gerhard Berger said to TouringCarTimes.

The new team would mirror the deal already reached in Formula 1, with Aston Martin named as partner of the Red Bull team that will run Honda engines from 2019.

Aston Martin’s potential entry has been made possible following the finalisation of the DTM’s new Class One technical regulations, which were announced three weeks ago at the Norisring by Gerhard Berger and his Super GT counterpart Masaaki Bandoh.

The final regulations stipulate a significant number of common parts, as well as simplified aerodynamics and a two-litre, four-cylinder, 600 BHP turbocharged engine.

That engine would be far from anything Aston Martin currently offers in their portfolio, therefore the engine run by the brand in the DTM would be supplied by Honda, and is already running in their NSX in the Japanese Super GT championship and already built to Class One regulations.

The entry would be on a customer racing basis, with the DTM still having to modify their own regulations to move from factory to customer teams.

An issue with DTM allowing customer teams would be funding, as the current annual budget for a DTM car is in the region of 2.5 million EUR, despite a 20% reduction in recent years due to the adoption of common parts and reduced aerodynamics.

The arrival of a new brand would secure BMW’s and Audi’s continuation in the series.

“We are working with BMW and Audi to increase the number of cars for next year, but it’s within our strategy to allow the involvement of both official and customer teams,” Berger said earlier on the topic of customer entries to TouringCarTimes.