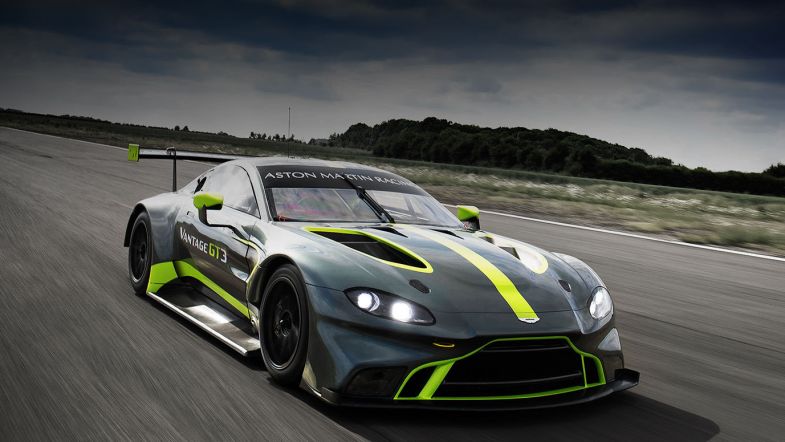 Rumours about a potential Aston Martin into the DTM have been officially confirmed with the announcement that the British marque is to join the grid ‘as early as 2019’.

Having entered in a joint venture with HWA, AF Racing AG will be responsible for the new programme, which will be licenced and supported by Aston Martin.

AF Racing’s motorsport division R-Motorsport, which currently competes in the Blancpain Endurance Series, will then be responsible for running the cars.

The exact number of Aston Martin Vantage cars that will join the grid, as well as the drivers, will be announced in due course, with the potential for the cars to debut next season if ‘development progresses as scheduled’.

News that Aston Martin will be represented on the grid comes as Mercedes prepares to depart at the end of the year.

“This decision of a luxury sports-car manufacturer such as Aston Martin is a historic event for our series and a milestone for the international orientation of DTM,” ITR e.V chairman Gerhard Berger said.

“I am convinced that the internationalisation-orientated cooperation of ITR and GTA as well as Aston Martin’s decision to join DTM will have signalling effects for further manufacturers.

“The cooperation with GTA, the internationalisation of our platform and the acquisition of further brands represent some of our most important strategic goals. We will push the international expansion in compliance with teams and manufacturers, a development that is supposed to be underlined by an adaption of the name of the series from 2020.”