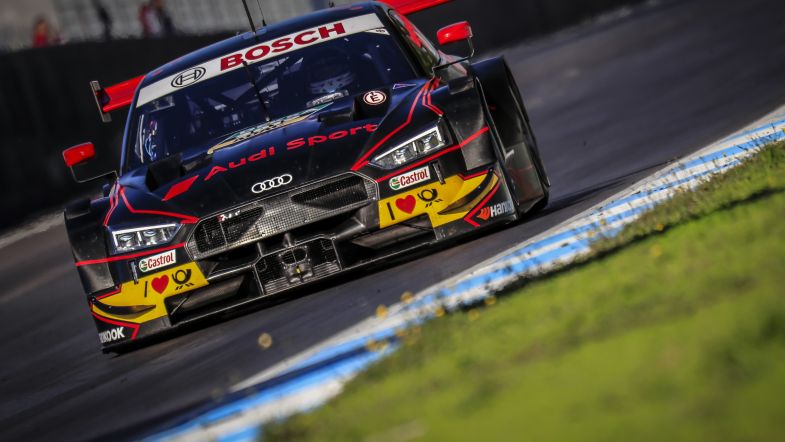 Frédéric Vervisch to test the Audi DTM car at Jerez

Macau winner Frédéric Vervisch will test the Audi RS 5 DTM at Jerez in two weeks’ time as part of the young driver test which takes place at the Spanish track, alongside five other hopefuls.

The World Touring Car Cup driver has a long affiliation to Team WRT, Audi’s chosen customer team for next year’s DTM, racing for the Belgian squad in their Audi R8 LMS GT3 car in the Blancpain GT series as well as various one-off sports car events.

Three-time 24 Hours of Le Mans winner Benoît Tréluyer will also be present at Jerez, together with Andreas Bakkerud, who was fourth overall in the World Rallycross Championship this season in his first year with EKS Audi Sport.

The other drivers are 20-year-old Mattia Drudi, who raced with an Audi R8 LMS, also at the Spanish track, joined by two Formula 3 drivers: Austrian Ferdinand Habsburg, and South African driver Jonathan Aberdein.

The Jerez tests takes place on December 10th-12th, and will also be the first opportunity for Team WRT to test DTM machinery ahead of their debut next year, albeit with the 2018-spec car.