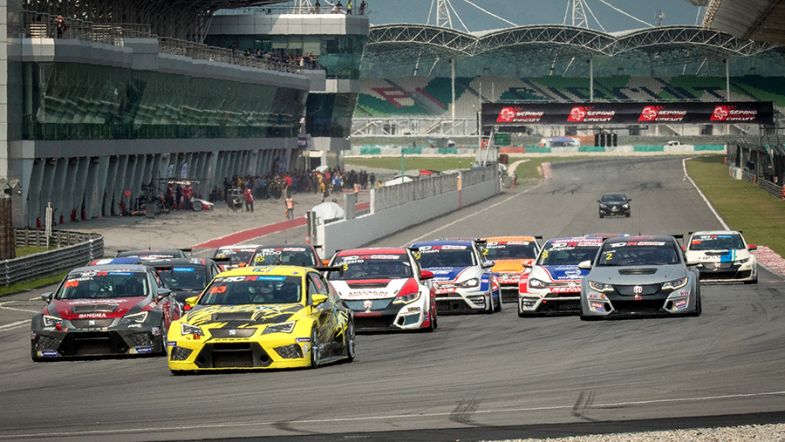 The calendar for the fifth season of the TCR Asia Series has been revealed, with five events taking place from April through to September.

The new campaign will begin at Sepang in early April following a two-day test at the Malaysian circuit before moving on to the Yeongam circuit in Korea for round two.

After meetings at the Shanghai International Circuit and at Zhejiang, the campaign will then conclude with the popular Bangsaen Grand Prix on the challenging Thai street circuit.

As was the case in 2018, the TCR Asia races will run alongside national series in Korea, China and Thailand.

“2019 will be very much about consistency,” David Sonenscher from series promoter WSC Asia said. “Working alongside the national championships in Korea, China and Thailand has worked well in the previous seasons and with China coming more into line with the original TCR format, everything will be a lot more seamless.

“The big change for TCR Asia in 2019 will be visibility, especially within China where a strong fan base for touring cars is starting to build off the back of three seasons now concluded in the world’s largest automotive market. With strong interest in the new TCR Malaysia project, we expect good fields, and with our calendar finishing relatively early it works in well for the national Series allowing teams to gain even more value out of their investments.

“2018 also saw the opportunity for teams to compete in the SIC888 endurance event at Shanghai International Circuit, with a number of teams also contesting the almost seven-hour event, an opportunity which will come again for TCR Asia teams in mid-October after our season is concluded.”