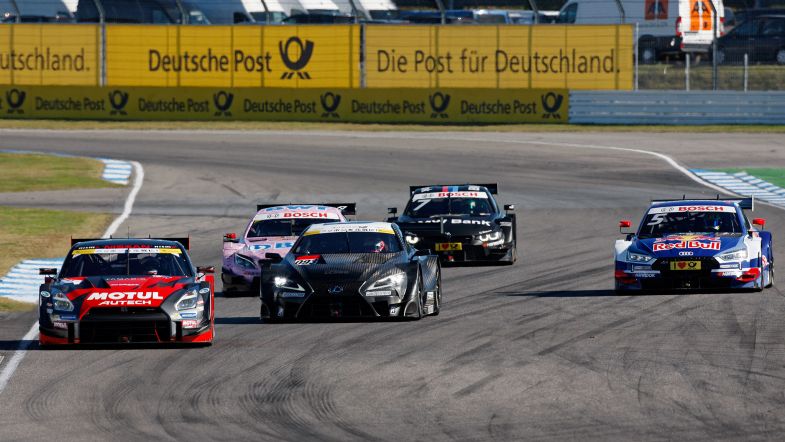 Three cars from the Super GT class GT 500 could participate in the DTM season finale at Hockenheim in early October as wild card entries.

The season finale, which has traditionally been held in mid-October, has been moved forward in the 2019 calendar to accommodate two joint races between the DTM and Super GT to promote the new Class One regulations, which will be implemented in the DTM this year and in Super GT in 2020.

One promotional race was going to take place in Europe, most likely in Germany, but Auto Sport Japan reports that this event has now been dropped due to scheduling issues. A joint event at Fuji is still set to take place on the 23rd and 24th of November, with 14 DTM cars present within a field of 29 cars. The event would adopt the DTM’s weekend format and sprint races, as opposed to the Super GT endurance format.

Three test cars from the Super GT’s GT500 class, one from each manufacturer – Honda, Nissan and Lexus, would join the grid at the DTM’s season finale as wild card entries, potentially bringing the grid up to 19 cars.