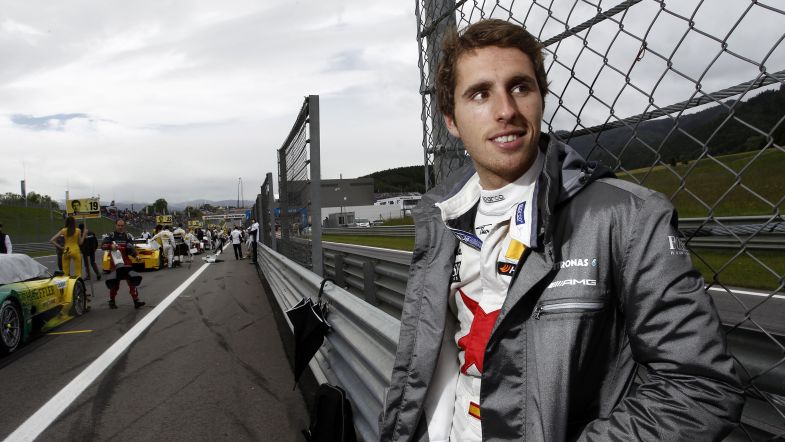 Daniel Juncadella has been confirmed by R-Motorsport as the fourth driver for the team’s debut season in the DTM with the Aston Martin Vantage.

Juncadella joins Paul di Resta and Jake Dennis, who were confirmed last week by the Austrian outfit, as well as Ferdinand Habsburg – who was announced as driver three earlier today [Tuesday].

Juncadella made his DTM debut in 2013, and has competed in the series for five seasons for Mercedes-AMG, whose operating partner HWA is now in a joint venture with R-Motorsport’s parent company, AF Racing, for the Aston Martin programme.

The Spaniard previously had a long standing relationship with Mercedes dating back to his Formula 3 Euroseries days, and has also competed in the Blancpain GT Endurance Series, VLN and selected races with Mercedes-AMG. He scored his maiden victory in the DTM last year at Brands Hatch.

“With my experience, I would like to support R-Motorsport in the development of the Aston Martin Vantage DTM car so that it can become a match for the opposition in the extremely tough competitive environment of the DTM as quickly as possible,” said Juncadella. “We’ve got a lot of work ahead of us to bring that about, but I’m confident that we’ll soon be able to achieve notable success with our ambitious, young team.”

“Daniel is a very reliable top driver and well-known in the DTM,” said R-Motorsport’s boss Dr Florian Kamelger. “We’re counting on his many years of experience to help us gradually work our way up with the Aston Martin Vantage DTM car to be as good as the top cars of our fellow competitors in a strong field. Daniel and Paul Di Resta are both very experienced and have a good understanding of exactly what is required to ensure that we make rapid progress with the development of our technical package.”

R-Motorsport will be present at the season opener at Hockenheim on May 3-5 with four Aston Martin Vantage DTMs.