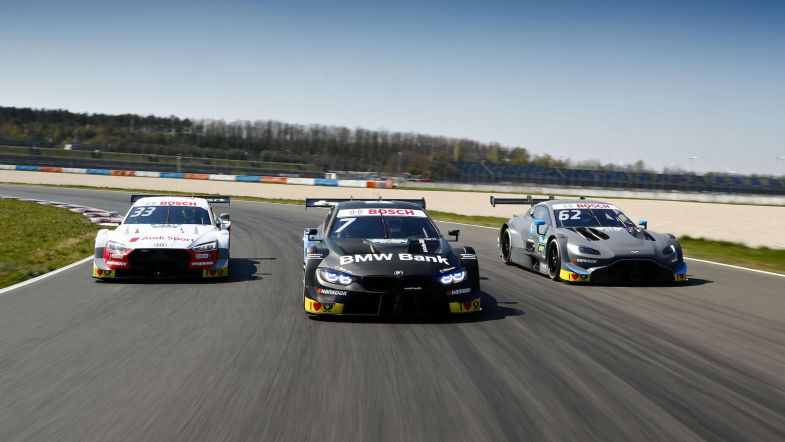 The winter is over and the 2019 DTM season will be starting in in just two weeks, with both ITR and the manufacturers involved confident that the changes for this year will result in a greater show for the fans.

“There are many new things and we don’t know what’s going to happen,” ITR’s boss Gerhard Berger said. “But we are sure about what we, and the fans, want, and that’s a competitive season, not knowing who the champion will be after the first or second race of the season.”

The new Class One regulations come into full force this year after arduous negotiations with the Japanese Super GT championship, and with Berger determined to finalise the introduction after Mercedes-AMG announced their exit from the series in mid-2017.

“We will have two common events, at Fuji and at Hockenheim,” added Berger. “It’s important how we are going to put both together, with a race with six manufacturers competing against each other. This is something special for us this year.”

The new two-litre, four-cylinder, 610-bhp engines make their debut this year, after years of uncertainty marked by Mercedes-AMG’s reluctance to the introduction.

“We’ve been waiting to introduce the new turbo engine for a long time, it’s been a few years, development was stopped for a year and we are now finally there,” said Audi Motorsport boss Dieter Gass. “So it’s a big satisfaction, because when you’ve put all this hard work into the new engine, you see it finally running on the track and see that what you’ve done gives the expected result, it’s a very satisfying.”

“Thanks to Dieter, for us it was very difficult over the last two years getting on with the regulations and I think we’ve shown a lot of patience,” added BMW Motorsport boss Jens Marquardt. ”We finally got the four-cylinder in the car and yes, it’s very exciting.”

R-Motorsport’s team principal Dr. Florian Kamelger believes the new regulations gave them the right window to enter the DTM: “The challenges for us were quite the same than for the other two. For us, having new regulations kicking was an opportunity.”

The result will be a more competitive and spectacular series, according to the organisers and manufacturers, a key move in trying to keep interest around the series.

“We have now a new car which is very spectacular to watch, it’s faster than last year’s car and it’s got 100 bhp more compared to the previous season,” said Gass.

ITR’s managing director Achim Kostrom echoed the feelings from his partners in the DTM, where the fans will come first: “From a sporting perspective we just want to fullfil our vision, and this means spectacular races.

“And what is this all for? We want to provide the fans with this great product we have and we now open a new chapter for the DTM this year with new manufacturers, new regulations, new circuits, a new programme for the fans and a lot of things that we do in a new way.”

The seventh round of the 2019 season at the Lausitzring will mark the 500th DTM race in history.

“This is a reflection of the work we’ve done, because long term partnerships and heritage make these things possible, to be in a position to change something, go with your partners and change it in a sustainable way for the future,” said Kostrom.

“So the 500th race gives us stability and, of course, we have heritage, we can tell stories from the past, but we also want to bring new stories for the future.”