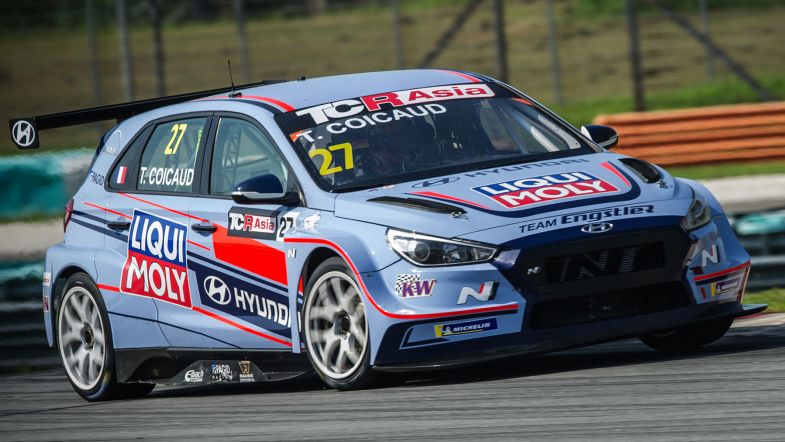 The current TCR Asia International Series points leader Diago Moran has made the move from Volkswagen Team Oettinger to Engstler Motorsport for the second round of the season, which takes place this weekend at the Zhuhai International Circuit, also switching from a Volkswagen Golf GTI TCR to a Hyundai i30 N TCR in the process.

The Ecuadorian driver leads the championship by eight points over Frenchman Theo Coicaud, but with Coicaud only entered for the first round of the season, his Hyundai seat is now vacant, and will now be driven by Moran from this round onwards.

Moran will join reigning champion Luca Engstler at the team, who is tied for third in the standings with Solite Indigo Racing’s Pepe Oriola.

The move isn’t too controversial, with Volkswagen Team Oettinger run under the auspices of the Engstler Motorsport operation.

“I am very happy that Diego Moran joins us at Liqui Moly Team Engstler and will drive our second Hyundai i30 N TCR until the end of the season,” said team manager Andreas Klinge. “With Luca and Diego we have two top drivers and we have a clear goal to defend our drivers’ and teams’ titles. We also want to be the first team to win the title in the TCR Asia series for Hyundai.”