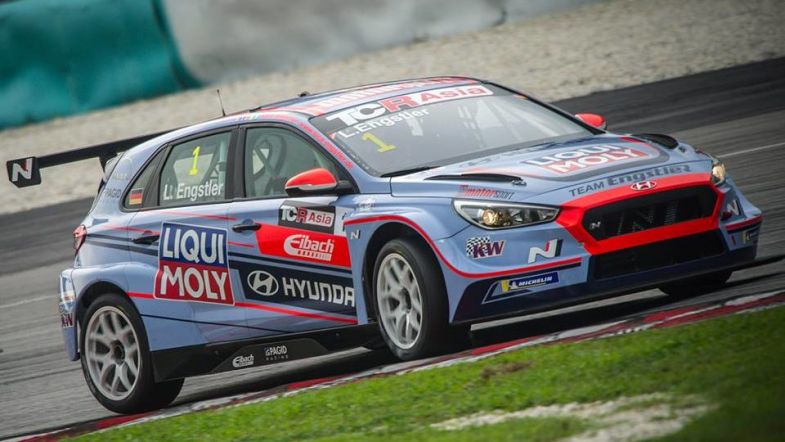 Luca Engstler has won the first race of the weekend at Zhuhai, with the German driver dominating the race until a late-race safefty car closed up the field, but there was no time to restart, with Pepe Oriola and Dan Lloyd completing the podium.

Engstler got away well from pole position, while his Engstler Motorsport team-mate Diego Moran had a slow start and dropped to second behind on the opening lap Dan Lloyd’s Dongfeng Honda Racing Civic TCR.

Moran then fell behind the Solite Indigo Racing Hyundai of Pepe Oriola on lap two, and then a further mistake after he was battling to hold back the TA Motorsport Audi of Filipe de Souza saw him drop to fifth.

Oriola was on the move in his Hyundai, passing Lloyd’s Honda on lap seven, but the two were effectively in different classes.

The safety car was called on lap 12 as Douglas Khoo stopped in the Viper Niza Racing Cupra TCR, and there was no time for the race to restart.

Engstler now leaps into the lead of the standings by two points over team-mate Moran.