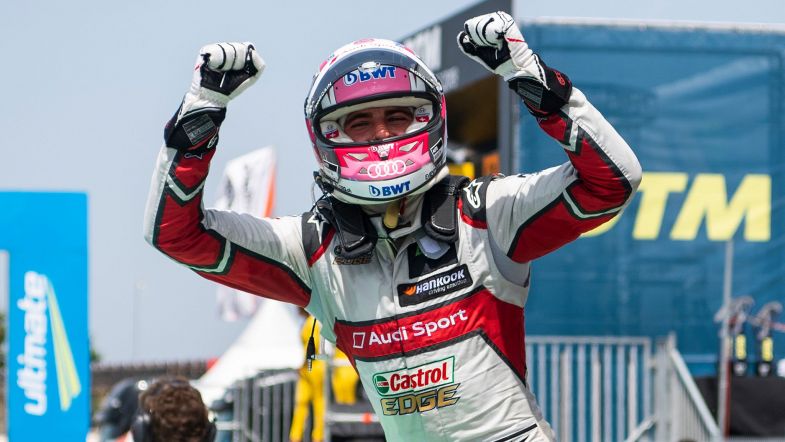 Nico Müller produced a solid drive at Misano to score his second victory in the DTM, which proved to be an unexpected reward for Audi after tyre troubles cost René Rast any chance of taking the win himself. fellow Audi driver René Rast ran into tyre troubles.

Audi Sport Team Abt Sportsline’s Müller started from fourth on the grid but, at the green light, jumped up into second behind team-mate Robin Frijns as Rast lost places after suffering wheelspin.

Rast gradually worked his way back to the lead but then suffered a puncture that left him to return to the pits.

After managing to return to the pits, Rast looked set to challenge for the win again, but was unable to contain BMW’s Philipp Eng’s attacks and ultimately had to settle for third as Müller defended the lead for Audi.

“We’ve worked for this very hard for a long time,” said Müller after the race. “I’m very grateful to Audi for their really hard work and for getting us this great car.

“Here at Misano the RS 5 DTM has performed exceptionally well. To convert that into a victory today, specially with a stunning performance in the second stint, after a great start, to be in a position to fight for the win feels mega good.”

“I think it was a fantastic race for us with Nico’s victory,” he said. “He had a really strong performance from the green light, he had a very strong start and was very strong throughout the race.”

Müller’s victory is his second in the DTM after Norisring 2016. The Swiss racer is now third in the championship, 17 points behind Rast and seven behind Eng.