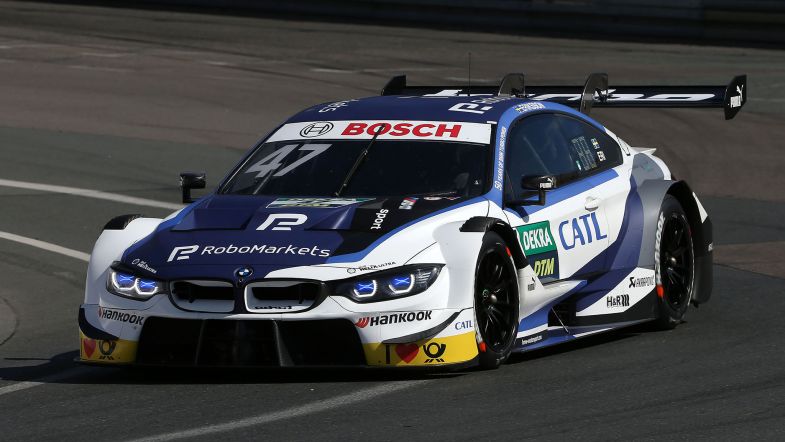 Joel Eriksson: “I didn’t expect Nico to dive at the last moment”

BMW Motorsport Team RBM driver Joel Eriksson completed a quiet race to score his second podium of the season, finishing third in the first race of the Norisring weekend after a last-lap attack from Audi driver Nico Müller.

Eriksson started the race from the fifth spot of the grid, pitting at the end of the first lap.

“There isn’t a lot to say from the race,” the Swede told TouringCarTimes. “I was doing my own race for most of it and was alone on track until the last lap.

“We pitted early and, after a bad start, we were in a position to take the risk, but it paid off.”

Eriksson progressed through the field, reaching second place on lap 30. He looked set to be “the best of the rest” behind Audi’s René Rast but Audi’s Nico Müller had fresher tyres and was recovering ground quickly. The Swiss attacked the Swede in the penultimate corner of the race to take second place, with Eriksson finishing third.

“It’s always fair fighting with Nico, so I’m happy with the result,” added the BMW driver. “My rear tyres were gone, but I didn’t expect Nico to dive in at the last moment.”

Eriksson was the best placed BMW driver at the manufacturer’s home race. Asked how it felt to achieve such a result, the Swede said:

“It’s amazing to be the best BMW driver here, but we always work as a team, we are working to be as good as possible together. In the end, we are looking to beat the Audi guys in the manufacturers’ championship and, to do that, we have to work together. So it’s not only about me, but also about everything around.”