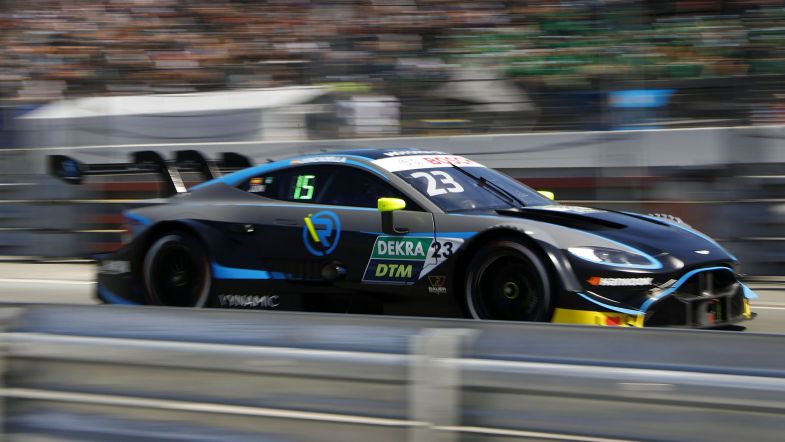 Daniel Juncadella: “We knew we would suffer with the engine”

R-Motorsport driver Daniel Juncadella completed his best weekend of the season at the Norisring, scoring points on both races, with a top ten result also on Sunday.

For Juncadella Norisring was a turning point last year and the Spaniard arrived in Nuremberg fired up for the weekend. The results didn’t disappoint, with Juncadella the fastest driver for R-Motorsport in all the sessions of the weekend, and scoring points also on Sunday after finishing in tenth place.

“I was very much looking forward to this race, have great memories from last year, despite I knew that here we would suffer with the engine,” Juncadella told TouringCarTimes. “But I have felt very comfortable all weekend.”

“Today I had a very bad start, and I didn’t choose the right side during the first lap. But then we had a decent pace and that was the reason why we were able to reach the points, so I’m very happy and we must keep pushing to try and find something with the engine to improve,” added the Spaniard.

R-Motorsport relied on the rain forecasted to have a better result at the Norisring, with Juncadella making a late call as he was the last driver to pit on lap 40.

“We had to play that card today, as the only chance for me to score a good result was waiting for the rain,” explained Juncadella. “I tried to stop before, the team didn’t want to as they were waiting for the rain, then I saw a few spots when I reached the lead and hoped it would rain then, but it wasn’t the case.”

“I’m having a good season in terms of reliability, but we still have a lot to improve so, when our opportunity comes up, we don’t miss it,” concluded Juncadella.

R-Motorsport’s boss Dr. Florian Kamelger was satisfied with the overall outcome of the weekend.

“It was great to see our cars fighting in their own right against our opponents, Dani made a great move over Marco (Wittmann),” Kamelger told TouringCarTimes. “But yes, we are improving, our curve moves upwards, it may not be as steep as I want it to be, but we definitely need to improve the engine.”