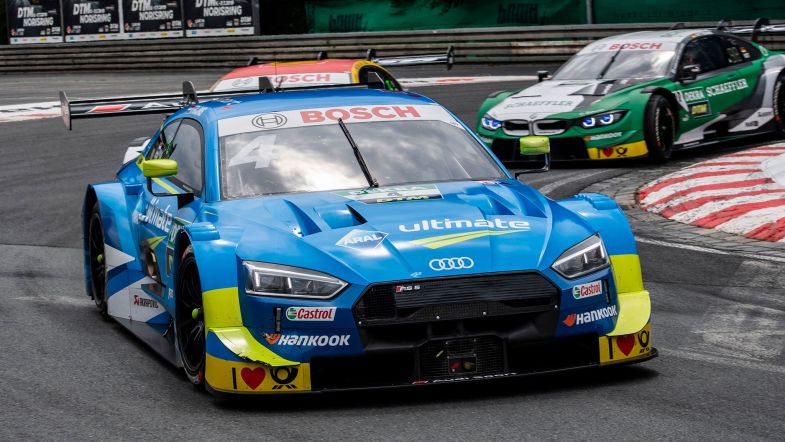 Audi driver Robin Frijns had a strong second half of the race on Sunday at the Norisring to recover ground and score points with fourth place after a difficult day on Saturday.

The Dutchman had problems in Race 1 of the weekend, first with a plastic bag that blocked the brakes’ cooling intakes, forcing him to go back to the pits. Frijns returned to the track two laps later only to suffer a further problem, this time with a turbo hose that came loose under the bonnet.

Sunday started not much better for Frijns, who could only manage eleventh in the qualifying session: “The day couldn’t get much worse than yesterday, actually. I struggled the entire weekend with pure pace, during qualifying we had trouble to be in the top ten,” the Dutch told TouringCarTimes.

Frijns recovered ground, pitting at the end of lap 34 and, although he couldn’t withstand the attacks of fellow Audi driver Mike Rockenfeller, he still could overtake BMW’s Philipp Eng and Audi’s Loïc Duval to finish in fourth position:

“The Audis were good here. It’s not too bad but, in terms of pure pace you could see that Rocky, for example, was a bit quicker, so I’m happy that I moved forward a bit, I had some good fights with the BMWs. I think P4 is one of the worst positions to finish but, for once, I will take P4.”

The next round of the DTM takes place in two weeks’ time at the Dutch track of Assen, a home round for Frijns. Asked about his expectations about the race, he said: “I think last year I had a weekend at the Nürburgring where nothing seemed to work, so I think I hope that in Assen I can have the same pace than in the first three weekends of the season and be very strong. I felt very strong in the car, was very quick before, and I hope nothing breaks down.”