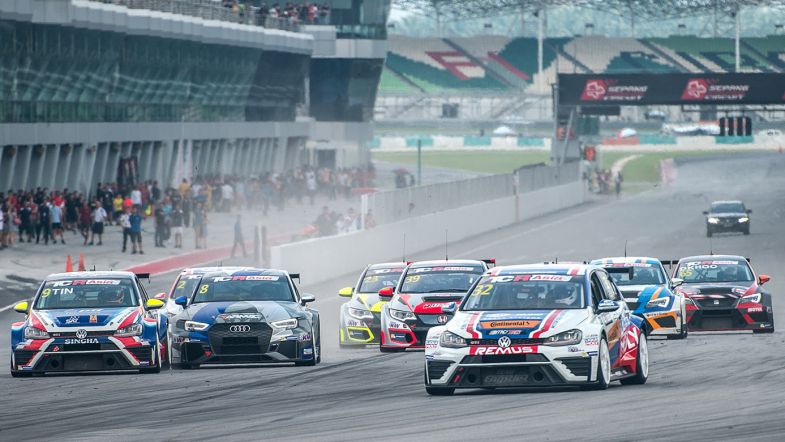 Motorsport Asia, the promoter of TCR Asia, has announced the creation of the TCR South East Asia Touring Car Trophy, which will be open to drivers competing in both the 2019 TCR Thailand Championship and the 2020 TCR Malaysia series.

The announcement was made after the calendars for both series’ were released by Motorsport Asia, which is now responsible for the running of the two championships.

TCR Thailand will get underway at Bira Circuit on 12-13th October, with the second round then taking place at the Chang International Circuit on the final weekend of October as part of the Thailand Super Series.

The new TCR Malaysia season will then get underway on 18th January 2020 with the first of three rounds to be held at Sepang, the second of which on the weekend of 14-16 February will be as a support to the Asian Le Mans Series.

The season finale will then take place on the weekend of 29 February-1 March.

“We have decided to revitalize the TCR concept in Thailand and this is a first step,” David Sonenscher CEO of Motorsport Asia said. “It fits with the desire of our teams to have more races and will be highly cost effective, as all of the cars will be in Thailand already so logistic costs are minimal. Furthermore, we hope to be able to build stronger following for TCR in Thailand.

“I am really excited about the prospects for TCR Malaysia. Our concept of offering a cost effective compact championship during the winter season is proving to be very attractive for teams and drivers. I believe that we will be able to really build something great out of this. What can be better than travelling to a world class circuit, driving your race car and then spending the short break in between on some of the most beautiful beaches or most vibrant cities in the world.”