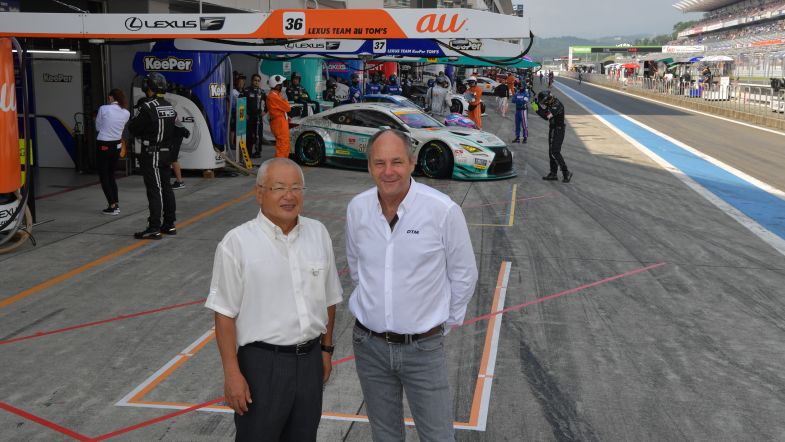 The DTM and Super GT organisations have confirmed the format for the joint race to be held on November 22-24 at Fuji Speedway.

It has been agreed to largely use the DTM format, meaning two races of 55 minutes plus one lap and mandatory pit stops where all four tyres needs to be changed, but with no refueling or driver changes.

The DRS and push-to-pass system from the DTM will however not be used in the races and all participants will use the Hankook tyres from the DTM.

“The ‘Dream Race’ in November marks another milestone in the partnership between GTA and ITR. In 2017, we hosted the first joint demo laps for SUPER GT and DTM cars at Hockenheim and Motegi. Last year, we introduced our common technical regulations. And this year, we will be racing together for the first time,” said Gerhard Berger, chairman of DTM organisation ITR.

“GTA has been discussing the integration of the technical regulations with ITR since 2010. It’s been a long and bumpy road; but, with everybody’s efforts, we were able to conduct a demo run at Hockenheim in 2017 and make people aware of ‘CLASS 1’ and SUPER GT,” said Masaaki Bandoh, chairman of Super GT organisation GTA.