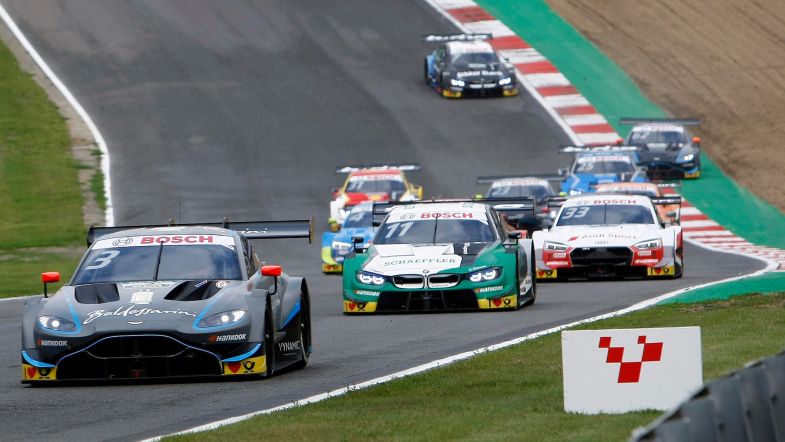 Marco Wittmann: “The victory was never under threat”

BMW Team RMG driver Marco Wittmann had another perfect day on Saturday at Brands Hatch, claiming both pole position and the victory to continue closing the gap to Audi’s René Rast in the championship. Despite high tyre degradation in the closing stages of the race, Wittmann was never worried about losing to Rast.

At the start, both drivers were surprised by R-Motorsport’s Paul di Resta, who took the lead from fourth on the grid.

Wittmann pitted at the end of lap 13, with Rast mirroring his move a lap later. Although the Audi driver returned to the track ahead of the BMW, Wittmann made the most of the battle between Rast and his Team Rosberg team-mate Jamie Green to overtake both and started to build a gap in the lead.

However, with just three laps to go, Wittmann’s tyres gave up, with the six-second advantage he had over Rast disappearing quickly.

“For the fans, this surely was a thrilling showdown, but from my perspective, victory was never under threat,” added Wittmann. “Of course, my tyres degraded towards the end after we had come in early for our pit-stop – and the drivers coming up from behind had unlimited use of push-to-pass and DRS on the final laps of the race.”

BMW Motorsport director Jens Marquardt said: “Marco decided early on to look after his tyres. After we decided to delay his pit stop a little, he drove fantastically on a clear track and opened up a lead, which he was able to defend comfortably through to the finish.”

Wittmann is third in the championship, 32 points behind Rast and just five from Audi’s Nico Müller.