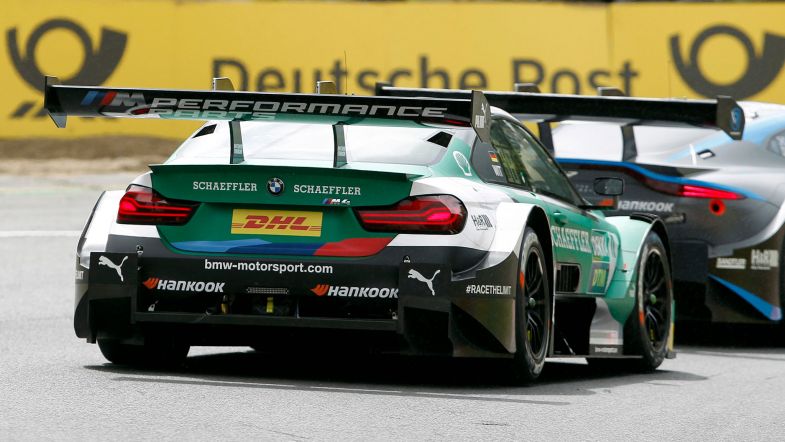 Marco Wittmann: “My second stop was definitely a mistake”

After a perfect Saturday came a dismal Sunday for BMW Team RMG driver Marco Wittmann, finishing the day with a single point for tenth place.

The problems for Wittmann started in qualifying. The Team RMG made a mistake on his final attempt, ruining his chances of a strong grid position.

“We started badly in qualifying. We had no pace compared to Audi. It is obviously a big handicap when you have eight Audis on the first eight places on the grid,” said Wittmann.

The race started well for Wittmann, who was able to climb to sixth place after a handful of laps. The Team RMG pitted at the end of lap eight, but title rivals René Rast and Nico Müller matched his move a lap later, followed by fellow Audi drivers Robin Frijns, Loïc Duval and Mike Rockenfeller.

“The race was basically a similar story,” added Wittmann. “They were able to cover us, no matter what strategy we opted for.”

A slow zone was activated when fellow BMW driver Joel Eriksson had to retire with a mechanical issue, with Wittmann making his second stop, a strategy that didn’t yield the expected results.

“My second stop was definitely a mistake. We were running sixth to that point, and had to settle for tenth in the end. We were not able to make up the time we lost. It was worth a try, but we missed out on a lot of points. That is disappointing,” concluded Wittmann.

Wittmann is now further away from Rast in the championship, 59 points behind the 2017 champion and 22 adrift from Müller, with three rounds to go.

BMW Motorsport boss Jens Marquardt was equally unhappy with the result: “Marco Wittmann did at least finish in the points. Despite this, it is still not a good haul. We were possibly a little faster than Audi in the race, but today showed quite clearly that you have to qualify higher up the grid in order to be able to turn that race pace into results.

“We must now examine very carefully why we did not achieve that this time, and must rectify the situation by the next race weekend at the Lausitzring.”